How the Founder of Weight Watchers Changed the World (and Me)

Marisa Meltzer was put on her first diet aged five: it was the beginning of a fraught relationship with food.

Jean Nidetch was a housewife from Queens who defiantly lost 70 pounds after she was mistaken for being pregnant. Taking everything she learned from this experience, in 1963 she founded Weight Watchers, a company that has shaped decades of diet culture.

When Marisa reads Jean's obituary, she feels a moment of intense connection. Curious about the woman and her legacy, she signs up for a year of Weight Watchers; counting points, weighing in and listening to her fellow members struggle with their bodies.

This is Big is a biography of an idiosyncratic entrepreneur whose impact is still felt strongly today. It is a history of dieting and body politics for anyone who has agonised over their weight or defiantly tried not to do so. And it is Marisa's funny and thoughtful journey towards a different way to live in the world.

Marisa Meltzer is a journalist based in New York who writes the 'Me Time' column for The New York Times Style section and has contributed to The New Yorker, The Guardian, Vanity Fair, and Vogue among numerous other major national publications. The author of two previous books, How Sassy Changed My Life and Girl Power, she lives in Brooklyn, NY and was born in Northern California. 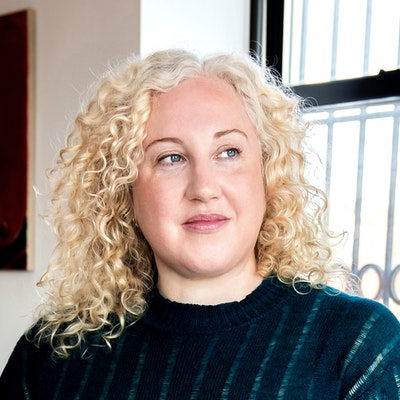 Praise for This is Big

This is the anti-diet book I have been waiting for. I loved its honesty, charm and celebration of an unlikely but compelling feminist heroine. I think many women -- me included -- really struggle to find a voice in a culture where wellness and body positivity both noisily vie for our attention. For the first time I feel seen and heard

Frank, funny and feminist, she [Meltzer] describes her struggles with charm and honesty, questioning how a (mostly) happy person can be made so miserable by calories, portion sizes and scales

This is Big is a brave, bold, funny, honest, riveting book that made me have every kind of feeling in the world

Jami Attenberg, author of All Grown Up

Meltzer has created a singular companionate text for those who know the agony of frustration surrounding weight as an issue, both personal and political. People — women, especially — who ping-pong around the weight spectrum will feel less alone when they read it... Nidetch may be long gone, but Meltzer carries on her legacy of putting a public face on the challenge of weight management. Acerbic, culturally astute and genuine, she makes exquisite company in the struggle, and that is no small thing.

For anyone who has ever felt defeated by food, betrayed by their own body, embarrassed for not only lacking the willpower to change their habits but also embarrassed by the desire to change their own body, Marisa Meltzer sees you, has written this book for you because she is you. While simultaneously delving into the history of the woman who started Weight Watchers and bravely and honestly examining her own complicated relationship with food and weight, Marisa has written a book that perfectly captures our country's obsession with THIN and the struggle with obesity at this moment in history

Busy Philipps, author of This Will Only Hurt A Little

At once a biography and a memoir, this heartfelt, incisive book layers the story of Weight Watchers founder Jean Nidetch with the author’s own lifelong journey through various fad diets. What emerges is a surprising portrait of a remarkable but little-known life in business, as well as a thoughtful critique of America’s obsession with thinness. Meltzer, who has herself subscribed to Weight Watchers, brings a personal angle to this fascinating, far-reaching story of a phenomenon that has touched the lives of hundreds of thousands of women

This book is an incredible hybrid: both a detailed study of an extraordinary American life, and a candid and revealing memoir. Meltzer is the biographer Jean Nidetch deserves, crafting a portrait of the woman and the world in which she lived. She’s also a bracing memoirist, a warm and honest voice unafraid to offer readers the stuff of her own life to help us better understand the culture we now share. It’s a remarkable feat

Rumaan Alam, author of That Kind of Mother

This Is Big is an inventive memoir that examines Meltzer’s own experience with weight loss alongside Nidetch’s lucrative belief that community, not secretive shame, could transform people’s bodies and lives

Marisa Meltzer is an ingenious writer. This is Big expertly weaves together two engaging tales: the charming, funny, and often heartbreaking account of Meltzer’s lifelong attempts at bodily transformation, attempts that will have many readers nodding along in recognition, especially when she decides to join an unforgettable group of Weight Watchers in Park Slope, Brooklyn; and the little-known story of a largely forgotten American icon whose lasting accomplishments deserve to be known: Jean Nidetch, the irrepressible, path-breaking entrepreneur who founded the now billion-dollar company Weight Watchers in her modest living room in 1963

This book was so good that I devoured it (with no guilt)! Meltzer shows us, through honesty, rawness and deep vulnerability, the complexities of living in a body that doesn't adhere to society's narrow beauty standards in an era that holds up body positivity as gospel

A witty and meaningful look at our obsession with weight and dieting; blending the story of the founder of Weight Watchers with her own saga, Marisa Meltzer crafts an amusing story with universal insights