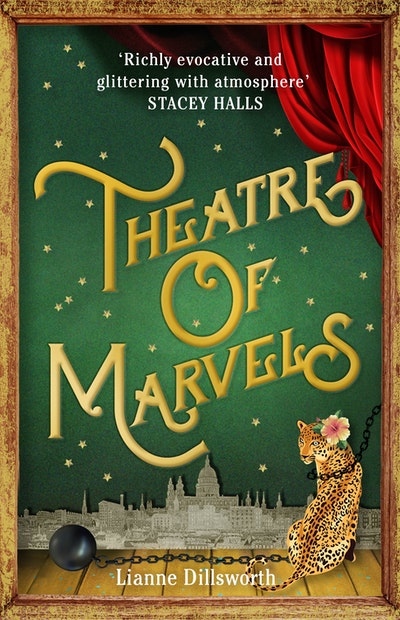 An immersive historical debut which tells the story of a mixed-race woman who is the star of a stage show in Victorian London and finds herself caught between two worlds and in a reckoning with her own identity.

'Richly evocative and glittering with atmosphere, this tale of ambition and identity had me gripped from start to finish' STACEY HALLS

Crowds gather at Crillick's Variety Theatre, where curiosity is satisfied with displays of intrigue and fear. They're here for the star of the show - the Great Amazonia warrior. They needn't know this warrior is in fact Zillah, a mixed-race actress from the East End fooling them each night with her thrilling performance.

But something is amiss, and when Crillick's new act goes missing Zillah feels compelled to investigate, knowing the fates that can befall women in Victorian London.

From the bustle of the West India Docks to the coffee houses of Fleet Street to the parlours of Mayfair, Zillah's journey for answers will find her caught between both sides of her own identity, and between two men: her wealthy white admirer, and an African merchant appalled by her act.

Will Zillah be forced to confront the price of her own performance? And in risking everything can she also save herself?

Featuring a defiant heroine for our times and a theatrical world of fragile dreams and ruthless ambition, THEATRE OF MARVELS shines a light on the experience of being Black and British in Victorian London through one woman's journey to live her life on her own terms.

Praise for Theatre of Marvels

Richly evocative and glittering with atmosphere, this tale of ambition and identity had me gripped from start to finish