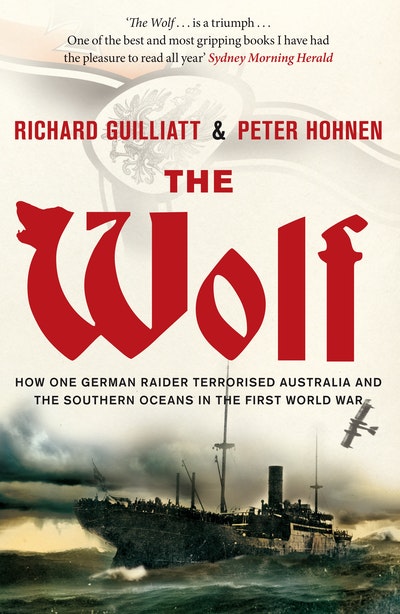 The true story of an epic voyage of destruction in World War One. Now in paperback.

ONE OF THE MOST ACCLAIMED NAVAL HISTORY TITLES OF 2009 IS OUT NOW IN PAPERBACK. July 1917: the First World War is about to enter its fourth horrendous year and ships are mysteriously disappearing off Australia and New Zealand as a young Australian woman named Mary Cameron sails with her husband and daughter across the Pacific Ocean from San Francisco to Sydney. Less than a thousand miles from Sydney, a black-hulled freighter appears out of the vast blue emptiness, and Mary and her daughter rush to the deck to greet her. Suddenly, two hinged iron sections of the freighter's bulwarks drop down to reveal she is bristling with guns. She is in fact the German warship the Wolf, and the Cameron family are about to find themselves captive on one of the century's most extraordinary wartime sea voyages. Sent by Germany on a suicide mission to the far side of the world, the Wolf was a formidable and ingenious commerce-raider. Her task was to inflict maximum destruction on Allied shipping using all the latest technology of warfare - torpedoes, mines, cannons, smokescreens, wireless receivers, even a seaplane. It was an assignment so secret that she could never pull in to port or transmit any radio signal. In one continual 64,000-mile voyage, the ship caused havoc across three oceans, launched Germany's first direct attacks on Australia and New Zealand and captured over 400 men, women and children. Surviving on fuel and food plundered from other ships, the Wolf became a world in miniature as her 350-strong crew and their prisoners crowded together in an improbable survival story. Drawn from eyewitness accounts, declassified government files and unpublished diaries and correspondence discovered during five years of research, this is the story of the Wolf's voyage, one of the most remarkable but little-known episodes of the First World War. An extraordinary adventure story, THE WOLF is also a portrait of a world undergoing profound transformation.

Peter Hohnen was a partner in a prominent Canberra law firm for 20 years. A commander in the Royal Australian Naval Reserve for two decades, he was posted to Cambridge University in 1999 to study the law of the sea and the laws of armed conflict as a visiting fellow at the Lauterpacht Centre for International Law. His great-uncle, Alexander Ross Ainsworth, was chief engineer aboard the steamship Matunga when it was captured by SMS Wolf in August 1917. 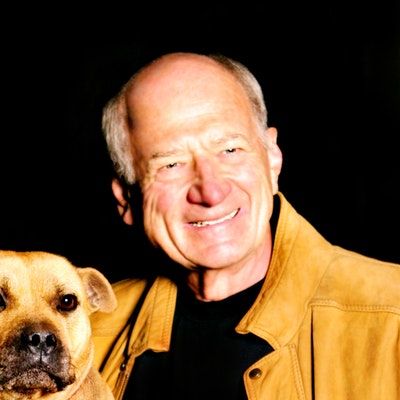 Richard Guilliatt is a journalist and author. Born in the UK, he was a feature writer at The Age newspaper in Melbourne, Australia, before moving to New York in 1986 to work as a freelance writer. His work has appeared in many leading newspapers and magazines. In 2000, he won Australia's highest award for magazine feature writing, the Walkley Award.

Praise for The Wolf