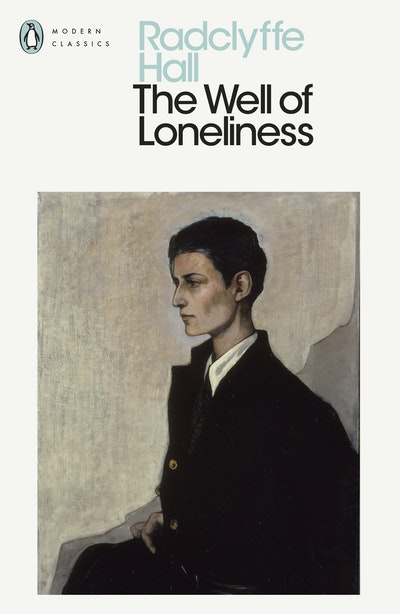 The Well Of Loneliness

From the battlefields of the First World War and to the streets of bohemian Paris, The Well of Loneliness recounts her passionate search for love and fulfilment.

New to Penguin Modern Classics, the seminal work of gay literature that sparked an infamous legal trial for obscenity and went on to become a bestseller.The Well of Loneliness tells the story of tomboyish Stephen, who hunts, wears trousers and cuts her hair short - and who gradually comes to realise that she is attracted to women. Charting her romantic and professional adventures during the First World War and beyond, the novel provoked a furore on first publication in 1928 for its lesbian heroine and led to a notorious legal trial for obscenity. Hall herself, however, saw the book as a pioneer work and today it is recognised as a landmark work of gay fiction.

This Penguin edition includes a new introduction by Maureen Duffy.

Radclyffe Hall, the pen name of Marguerite Radclyffe-Hall, was born in Bournemouth on 12 August 1880. She was educated at King’s College, London, and later undertook further studies in Germany. Hall was renowned for her open homosexuality, a subject dealt with in her best-known novel, The Well of Loneliness (1928),a semi-autobiographical work and the only one of her eight novels to deal with overt lesbian themes. Her open treatment of lesbianism in The Well of Loneliness occasioned a trial for obscenity; it was banned and an appeal refused, which resulted in all copies in Britain being destroyed. The United States allowed its publication after a long court battle. She also published several volumes of verse including Twixt Earth and Stars: Poems (1906)and Songs of Three Counties and Other Poems (1913). Adam’s Breed (1926),a sensitive novel about the life of a restaurant keeper won the Prix Femina and the 1927 James Tait Black Memorial Prize for Fiction. Hall died in 1943 at the age of 68 from cancer.