At first it looks like a humpback whale breaching the surface of the water. A gigantic splash. Seawater fountaining high into the sky.

But it’s not a whale.

Several men emerge from a cylindrical hangar at the front of the submarine. They hurriedly assemble a small plane. It has two seats and has floats under­neath that mean the plane can sit on the surface of the water.

It’s painted camouflage green. On the side is a large crimson-red disc.

In no time at all the plane is ready for take-off, the pilot strapped into the cockpit. He signals.

The propeller whirls and the engine buzzes. The plane zooms forward on the short runway, along the submarine’s deck, and rises into the heavens.

The small aircraft heads northward over the deep waters of the Bass Strait.

It passes King Island unseen, and flies on towards Cape Otway. The pilot banks the plane northeast and follows the Australian coast.

It’s dawn and the first rays of the summer sun flare in the pilot’s eyes.

He continues to fly eastward, over Point Lonsdale lighthouse near the narrow entrance to Port Phillip Bay, and then on to Melbourne . . .

It’s only just light. Enough light to kick a footy, even though the sun is hidden behind the clouds. Every­one’s day starts early, but Maggie is always up before anyone else in her street. Otherwise there’d be no time for football training in the backyard.

‘And the pacey centreman Harold Bray kicks it out towards the wing, where it’s scooped up by Wilkie . . .’ Maggie commentates, keeping her voice low so she doesn’t wake Mum or the baby or her big sister, Rita, or let Dad know she’s up.

There’ll be jobs to do if Dad realises she’s out of bed, but he won’t see her through the back windows. They’re covered with curtains and blankets nailed to the window frames so no light can be seen at night. If an enemy bomber flies in over Melbourne, there won’t be any light to aim at.

Maggie twists and turns and ducks under the clothesline, crossing the narrow backyard. Her plait­ed ginger hair whips left, then right.

Their block isn’t nearly big enough for booting fully extended kicks. Maggie has lost count of how many times she’s thumped the footy into her neigh­bours’ yards or the laneway that runs behind their plot.

‘Miller leads for Wilkie’s kick and marks the ball directly in front of the big sticks!’ Maggie calls under her breath. ‘Miller turns and takes his kick for goal, his sixth for the match, and . . . St Kilda forges ahead!’

Maggie kicks a rainmaker of a punt.

The footy seems to float mid-air for a couple of seconds before it spirals downwards. With her eye on the ball, Maggie jostles into position, nudging out her imaginary opponent, but now something else has caught her attention.

Something in the sky.

At first it’s just a tiny speck breaking in and out of the clouds. But then Maggie hears a low drone that gets louder and louder. The speck gets bigger and bigger and now it’s directly above.

It bangs and bounces onto the tin roof of the dunny shed in the back corner of the yard.

But Maggie doesn’t even notice the noise.

She can see a plane.

And even from a distance, she can clearly see the crimson-red disc on the side of the aircraft.

‘Japanese?’ she whispers. She has to hear herself say it to actually believe it.

‘The enemy!’ she yells. ‘It’s the Japanese! A Japanese plane!’

She bolts, ducks under the clothesline, smacks open the fly-wire back door and charges down the hallway.

‘Dad! It’s the Japanese! Wake up, Mum! We need to get to a bunker. Mr Gaffney’s is closer, or should we go to the one at the end of the street? We’re going to be bombed! The enemy is here!’

Maggie heads straight through the house and out the front door. Her mother and older sister pop their heads out of their bedrooms to see what all the commotion is about. Maggie runs into the street yell­ing. Alarmed neighbours stream out of their houses.

Dad follows her out. He’s still in his pyjamas and white singlet and has bits of shaving cream on his face.

‘Maggie! What on earth are you doing?’

‘The Japanese, Dad!’ Maggie puffs. ‘I saw them! A plane! Flying over us! We’ve got to take cover, quick fast!’

Maggie’s father looks to the sky. ‘There’s no plane, Maggie. Nothing.’

He’s right. The plane is gone.

‘Is this some kind of game?’ he says, perplexed, wiping the shaving cream off with his arm.

Maggie sighs, clasping her father’s hand, wanting to drag him away from danger. ‘No, Dad. It’s not a game. I swear it was a Japanese plane. We can’t just stand around. We’ll be bombed just like they bombed Darwin.’

‘Is everything all right, Joe? Is Maggie hurt?’ It’s Mrs Fitzgerald, their next-door neighbour. Her hair is still in curlers.

Maggie’s best friend, Gerald, trails out after his mother.

It’s his grandma, shuffling out onto the footpath in her flowery pink nightgown. The ruffled collar and her cat’s-eye spectacles make her look like a charac­ter from an old storybook.

‘Who has weak knees?’ she says loudly.

‘No, Nan!’ Gerald says into his grandmother’s good ear. ‘Japanese, not weak knees!’

Maggie can tell her dad is trying not to laugh. Some of the other neighbours already are. No one seems to be taking her seriously.

‘Don’t laugh! They could drop a bomb on us any minute.’

‘Deary me,’ says Mrs Fitzgerald, looking worried, turning her gaze skyward. ‘Are you sure the plane was Japanese?’

‘If it were the enemy, then we’d know about it. There would be air-raid sirens.’

It’s Grumpy Gaffney from next door. Mr Gaffney fought in the last war. He lives alone, and Maggie has heard her mum say that his wife passed away years ago. Some days he’s grumpier than others, like when Maggie kicks her football into his backyard. Maggie knows she has to stay on his good side, or she won’t get her ball back next time.

Grumpy Gaffney limps out onto the kerb, waving his walking stick. ‘As an official Air Raid Preparation warden, I’d be one of the first to get word of any im­minent attack. We wouldn’t be standing around like this if the situation were so perilous. And I don’t ap­preciate high-pitched squealing at any time of day, young lady.’

‘Maybe she was having some sort of nightmare?’ says Mrs Fitzgerald, as if Maggie isn’t standing right there. ‘The girl is obviously traumatised by the news of last week’s bombing of Darwin. We all are.’

Maggie wishes her big brother Patrick were there. He would believe her. And if anyone would know about planes, he would. Patrick enlisted with the Royal Australian Air Force on his nineteenth birthday, and he’s been away for almost eighteen months. They’re not allowed to know where he’s been sent. All Maggie knows is that he’s some­where in the Mediterranean, fighting against the Germans and the Italians.

‘It was definitely a plane,’ Maggie tells everyone.

‘Come on, Mum,’ says Mrs Fitzgerald. ‘We’ll head back in, now that we know it was a false alarm. Gerald, you’ve got to get ready for school.’

‘I believe you, Maggie,’ Gerald says as he helps Nan back into the house. ‘I’ll ask someone at the news­paper offices and some of the other newspaper boys. Someone else is sure to have seen the plane.’

‘I think we’re dealing with an over-active imagina­tion,’ Grumpy Gaffney says as he limps back to his house.

‘Let’s go inside, Carrots,’ her dad says, putting his arm around her. ‘We’d better get on with the day. I’ll ask about it once I get to work, all right?’

Maggie smiles. Only her dad and Patrick call her Carrots.

Her dad works as a clock winder in the city, winding and cleaning clocks at the train stations and at the Melbourne Town Hall. Maggie feels slightly relieved. He sees a lot of people during his workday. Surely someone else will have seen a plane flying over.

She can’t be the only person in Melbourne to have seen something this serious.

Another crowd-favourite from the number-one bestselling author of the Specky Magee series!This is Specky Magee meets The Boy and the Spy - a moving and inspiring story set against the backdrop of the Second World War in Australia, the women's movement and the little-known history of women's football.Another entertaining historical novel by one of Australia's most-acclaimed authors. 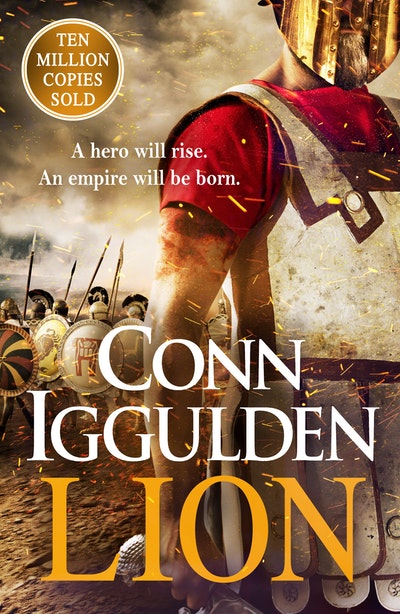 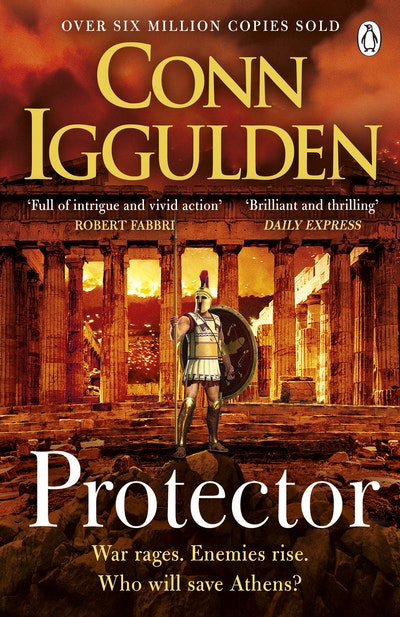 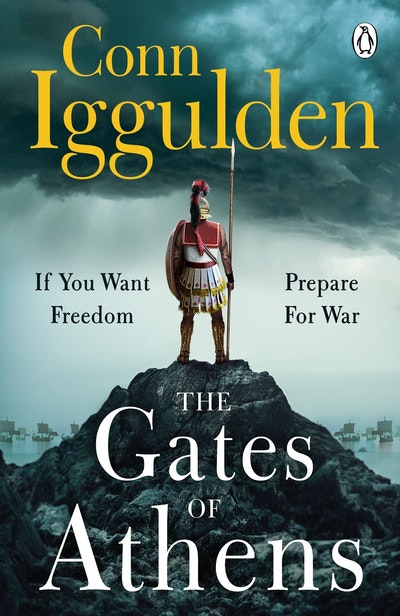 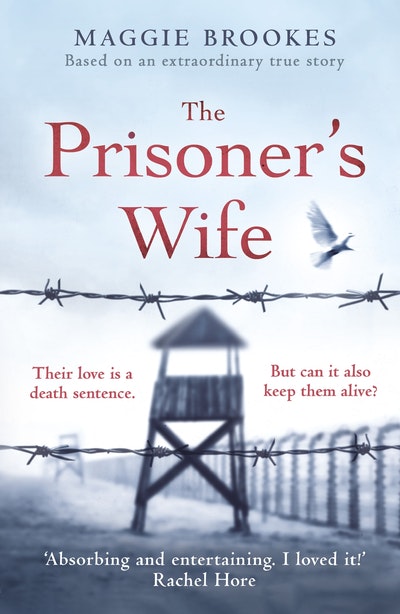