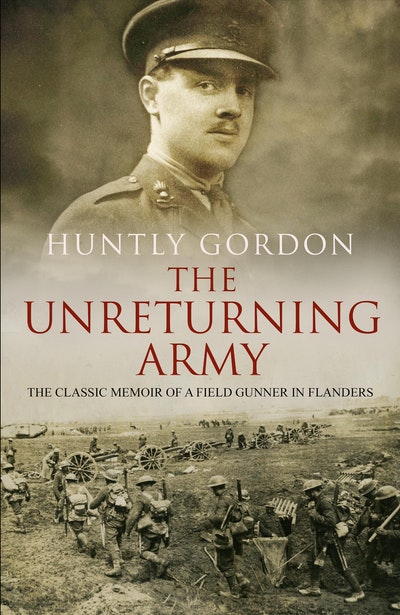 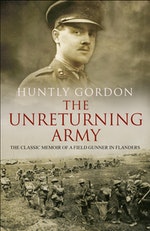 Offering an alternative perspective on the Great War to the sweeping overviews of Max Hastings or Margaret Macmillan, a classic memoir of one soldier's experiences on the Western Front...

In the centenary year of the Great War, names such as Ypres, the Marne, the Somme, Passchendaele are heavy with meaning as settings for the near-destruction of a generation of men. It is this aura of tragedy that makes Huntly Gordon’s memoir, drawn from his letters written from the Front, such a potent one.
He was sensitive, intelligent, unpretentious and, as his account reveals, capable of detached and trenchant judgement. As the summer of 1914 drew to a close, it was difficult for a16 year-old schoolboy to realize that the world for which he had been prepared at Clifton College was itself preparing for war. By 1916, he was commissioned in the Royal Field Artillery. By June 1917, he was at the Ypres Salient getting his ‘baptism’ at Hell Fire Corner in an intensive artillery duel that formed the prologue to Passchendaele itself. Early in 1918, his battery would fight a series of rearguard actions near Baupaume that would help turn the tide of the massive German Spring offensive.
Huntly Gordon has given us an enduring and classic memoir: a poignant and extraordinarily human account of history as it happened.

Huntly Strathearn Gordon was born in a Perthshire in1898. He was educated at Clifton College and joined the Royal Field Artillery in 1916. By June 1917, aged just 19, he was on the Western Front. Though badly wounded (he was declared 25% disabled), he survived the war, confounding the army medics by playing rugby again and taking up medicine. He gave up his studies - having ‘seen too many people die’ - and took a job with Shell Oil in 1923, who sent him to China. 3 years later, he was forced to flee as the communist insurgency raged. Back in the UK, he joined London Transport, while devoting his spare time to working with Sir Mortimer Wheeler and surveying archaeological sites in England and France. During the Blitz, he initiated the food trains for refugees and was awarded an MBE. He moved to Hampshire in the 1950s and ran a market garden business. A heart attack in 1960 forced him to take things more slowly and The Unreturning Army was published in 1967. His second book, The Minister's Wife, was published in 1978. Twice married, Huntly Gordon died in 1982, and is buried by the ancient Kincardine church in Strathspey.

Praise for The Unreturning Army

“One of the best First World War memoirs I've read - honest, intelligent and vivid, as fresh as if written yesterday.”

“One of the best half-dozen memoirs . . . Your father writes beautfiully, had an interesting war and emerges as a man who did his bit without being overwhelmed by the horror or elated by the dark beauty of violence”

“I have never read anything that gives such a vivid description of the hell of Passchendaele - nor of the spirit that enabled our troops to survive it.”

“A haunting account of the loss of a generation” 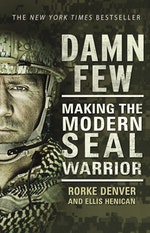 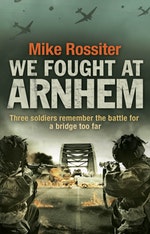 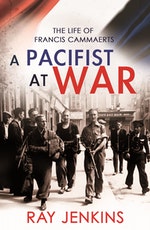 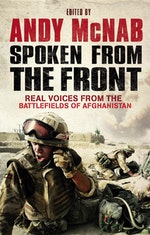