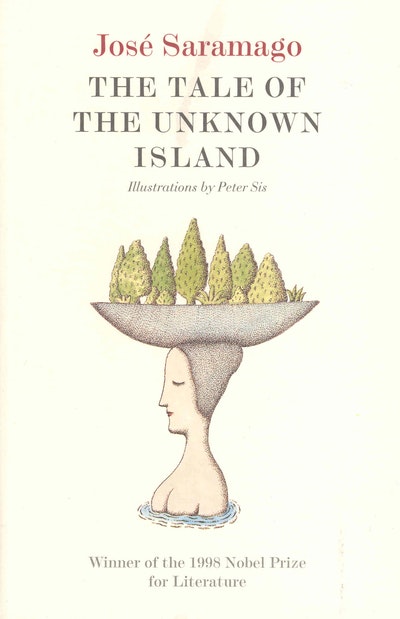 The Tale of the Unknown Island

“A man went to knock at the king’s door and said, Give me a boat. The king’s house had many other doors, but this was the door for favours (favours being offered to the king, you understand), whenever he heard someone knocking on the door for petitions, he would pretend not to hear…” Why the petitioner required a boat, where he was bound for, and who volunteered to crew for him and what cargo it was found to be carrying the reader will discover as this short narrative unfolds. And at the end it will be clear that what night appear to be a children’s fable is in fact a wry, witty Philosophical Tale that would not have displeased Voltaire or Swift.

Praise for The Tale of the Unknown Island

He was the equal of Philip Roth, Günter Grass, Thomas Pynchon and Don DeLillo. His genius was remarkably versatile - he was at once a great comic and a writer of shocking earnestness and grim poignancy.

Saramago is a writer, like Faulkner, so confident of his resources and ultimate destination that he can bring any improbability to life.

No candidate for a Nobel Prize has a better claim to lasting recognition than this novelist.

Saramago is a writer of formidable talent and extraordinary imagination.