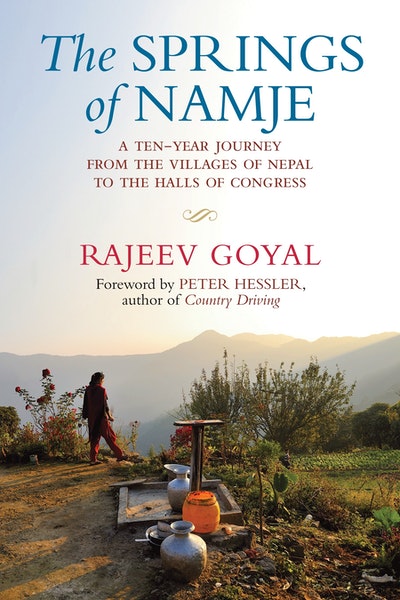 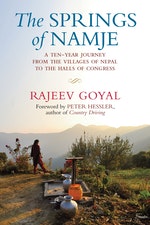 In 2001, Peace Corps volunteer Rajeev Goyal was sent to Namje, a remote village in the eastern hills of Nepal. Brimming with idealism, he expected to find people living in conditions of misery and suffering; instead, he discovered a village full of happy, compassionate people. After organizing the villagers to build a water-pumping system in the midst of the dangerous Maoist war that had gripped the country, Goyal learned how complex rural development truly is. He also witnessed how the seemingly lowliest villager can hold profound power to influence not only his or her own village but also the highest rungs of government. ??

Years after this experience, Goyal applied the lessons he learned in Namje to his work on Capitol Hill. Approaching Congress as if it were a Nepalese caste system, Goyal led a grassroots campaign to double the size of the Peace Corps. His unique approach to advocacy included strategically positioning himself outside the men’s room of the capitol building waiting for lawmakers to walk out. As a result of his determined bird-dogging, Goyal managed to make allies of more than a hundred members of Congress and in the process, he ruffled the feathers of some of the most powerful figures in Washington. But due to his efforts, the Peace Corps was granted a $60-million increase in funding, the largest dollar-amount increase in the organizations history.

On this path to victory Goyal endured a number of missteps along the way, and, as he reveals, his idealism at times faded into fear, anger, and frustration. In this honest and inspirational account of his life as an activist, Goyal offers daring ideas for how the Peace Corps and other organizations can be even more relevant to our rapidly changing world. He urges environmentalists, educators, farmers, artists, and designers to come together and contribute their talents. Filled with history, international politics, personal anecdotes, and colorful characters, The Springs of Namje is a unique and inspiring book about the power of small change.