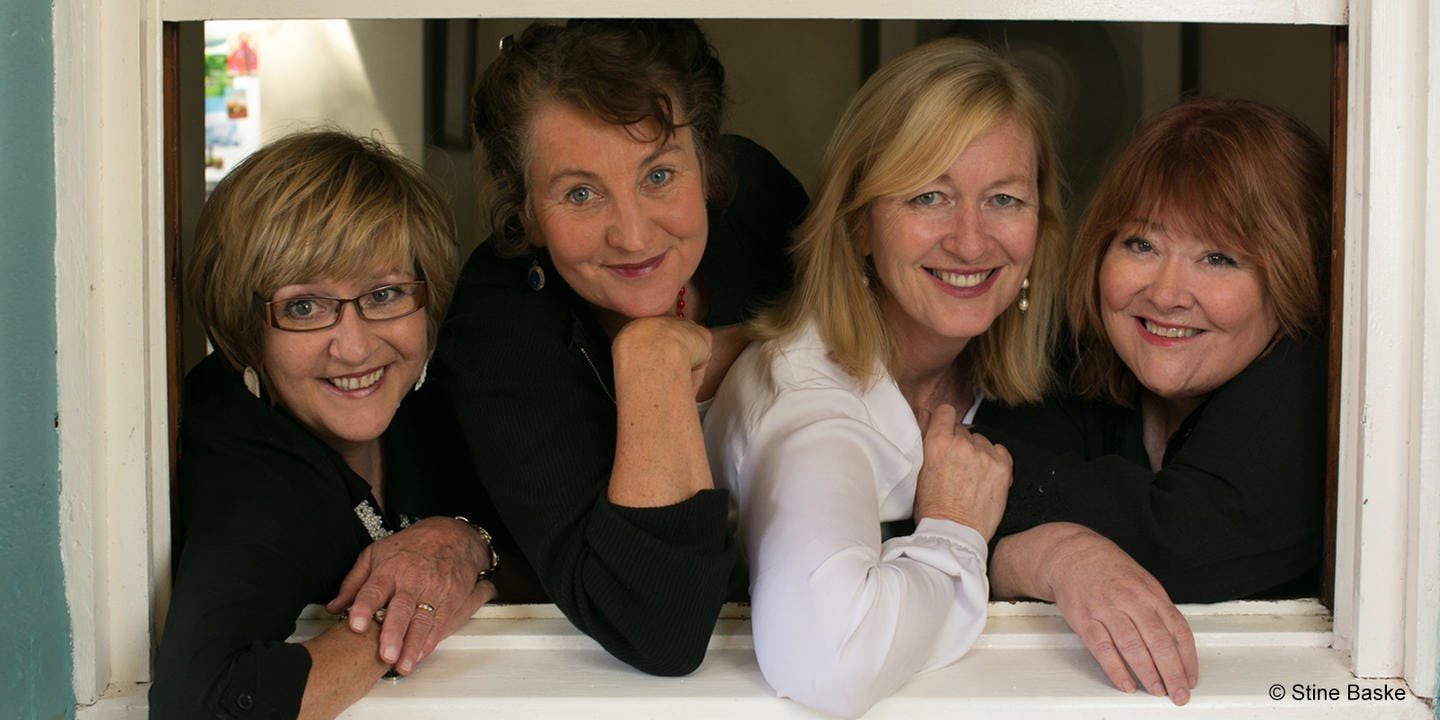 Alice Campion is the pseudonym for members of a Sydney book club who challenged themselves to write a ‘21st Century Thorn Birds’. The result was The Painted Sky – a captivating rural novel, brimming with romance, mystery and suspense. Upon the release of the book’s sequel, The Shifting Light, we checked in to get some insights into how they operate, and their secret to keeping it all together.

Who is Alice Campion?
Alice was born when five women – Jenny Crocker, Madeline Oliver, Jane Richards, Jane St Vincent Welch and Denise Tart – had a great idea. We are all from Sydney’s inner-west and were members of the same book club, known affectionately as ‘The Booksluts’ (motto: we’ll read anything). We had just finished Dostoyevsky’s Crime and Punishment and we were discussing how much we’d love to travel to Russia and go on the Trans-Siberian Express. Jane R joked that we should write a novel to raise money and the idea took off from there.

The Alice Campion name came quite a bit later. We went through many variations, including Beth Kloostus (an anagram of The Booksluts) and Khira Hussey (Khira is Belarusian for ‘book’ and we all know what a hussy is). Thankfully, cooler heads prevailed and we were guided by our publishers. Alice Campion will continue her writing career as any combination of these five writers.

What is your writing process?
We looked forward to our meetings, and especially our weekends away, where we’d spend hours workshopping the manuscript. It was exciting to see what people came up with by way of new characters or plot twists.

The process we finally adopted really worked. We started by roughing out what each ‘scene’ in a section would contain – the action, the development of relationships between the characters, the revelations and so forth. Then we divided the scenes between us. When we’d finished our scene (they were usually one to three pages), we would share our work with the others by email so they’d have a chance to reflect and come up with suggestions. Then at the next meeting, each writer would read their copy aloud and the others offered improvements. Then we’d delegate a different person to re-work the scene, according to the group’s agreed vision. That way, we worked it over and over, until every chapter had been re-written by every writer, and hopefully that’s resulted in a seamless text, where one voice has emerged.

Writing the sex scenes was interesting. Reading out the scenarios to the group ranged from challenging to hilarious, but by the end we were pretty blasé about it.

Keeping track of the latest version of each scene was tricky, with updates flying back and forth between us, so eventually Denise became ‘keeper of the words’ and we dared not disobey her method!

Why a sequel?
Alice’s readers kept asking us for a sequel because they wanted to find out what happened to our characters. And, given those characters had been our companions for so long, we missed them! What stumped us was the question: what happens after ‘happily ever after’? Without a strong enough idea, we turned our hands to a couple of other projects which were going along quite well, until… One night over a few drinks we discussed some possible sequel ideas and an intriguing one jumped out. What would happen if a sketchbook landed on Nina’s lap? A sketchbook containing an image of her long-dead father painted just weeks before. Once this idea took hold we got excited – we wanted to know what would happen – and we could not NOT write this story. And so a sequel, The Shifting Light, was born.

How has the process changed from one book to the next? Is it easier now, or harder?
We wrote the first book at our leisure and took three and half years to get it ready to submit to a publisher. But with The Shifting Light things were different – we had a publisher and a deadline! Given we all work and have families, we had to develop a strict schedule of meetings – at least twice a week – where we would review, edit and plot. Our time had to be used wisely. In that sense it was tougher.

However, by now, we all had a clear sense of ‘Alice’s voice’, and those of our returning characters, so there was nowhere near the amount of rewriting required. We also had a better understanding of our individual strengths and were more robust in ensuring we submitted quality work from the first draft onwards. This meant we could devote more time to tightening the text, building the tension and ensuring our prose sang. What helped was our clear goal: to produce a page-turning novel with characters that would stay with our readers.

Did you ever have any disagreements?
For each of us there have been times when we’ve had to sacrifice something we regarded as a particular gem. You have to put up a fight for the bits you love, after all. Sometimes one person would come up with a major plot point only to see everyone else reel back in horror. I think at one stage it was suggested that Hilary was actually Ben’s biological mother! At such times there would be lively arguments but often they led to other alternatives that made the story much better. We argued about ‘anatomically correct’ words in the sex scenes, about Heath and his sculptures, about heaps of things.

Because the characters we had created were so real to us, it often felt like we were fighting for the integrity of people we loved: ‘Nina would never do that!’ ‘Yes she would, it’s totally her!’ But we would talk it through, with everyone having a chance to contribute, until we reached agreement. Otherwise, we would vote and, on the whole, those who lost the vote took it with good cheer. Differences in approach came up as we were finalising the manuscript, but we’ve worked through those by using the same method, keeping the channels of communication open until everyone’s been heard. It’s been difficult at times, but it’s been worth it.

How much did you know about outback life when you started the books?

Jane St Vincent grew up on a cattle property, so she was our ‘go to’ person for rural matters. Jenny and Denise came from regional NSW, Maddy grew up in Tasmania and Jane Richards is originally from Sydney’s northern beaches but has many relatives living in western NSW, near where the book is set.

We did undertake a fact-finding expedition in 2011 to really get the feel, the smell and the taste of far western NSW. We learned a lot about things we knew nothing about – sustainable grazing, bore water, flooding and sand storms in that area. Also we got a feeling for the people and their history. It was amazing how elements of the book we ‘found’ out there mirrored what we’d already written. For example, we met a farming couple just like Heath and Nina (as imagined in the not too distant future), and it turns out they met when she stitched up his torn hand! We also stumbled across an abandoned house near Bourke that fitted the layout of The Springs perfectly. And we met people from the Indigenous communities in Brewarrina, Lightning Ridge and Bourke, including elders. They inspired our Koori characters.

What kind of books would you recommend a book club read?

Jenny: Unless you stray outside your comfort zone, there’s no point – you may as well read by yourself. Books that have underlying moral quandaries and not just goodies and baddies are great for discussion.

Jane R: I would steer clear of bestseller lists and only read ones that a member has loved.

Jane S:  Something that is interesting to you. And variety, I have absolutely loved the diversity of books we read, from Children's stories like Black Beauty, to Austen classics Like Emma, to Janet Frame, to Philip Roth’s Portnoy's Complaint.

Denise: I would say, mix it up. Don’t be afraid to tackle all styles. The Booksluts have read everything from classics to bestsellers to the obscure. More often than not we choose novels, though sometimes it is short stories – we have even read children’s stories, memoirs and, of course, non-fiction. The rule in The Booksluts book club is that whosever’s turn it is to put up a book must have read it and loved it – or, at least, reading it should have changed their life in some way. This means at meetings there is always as least one defender of the choice – so that there’s no chance of a ‘dud’ meeting, where everyone says: ‘Well, that was crap’. It also allows us to revisit books that really affected us when we were younger – always an interesting exercise when you bring many years of life experience back to it. Our other hard-and-fast rule is to keep meetings away from our homes. We all give ourselves the night off and head for a pub or cheap restaurant meal – though finding quiet enough venues is another challenge! 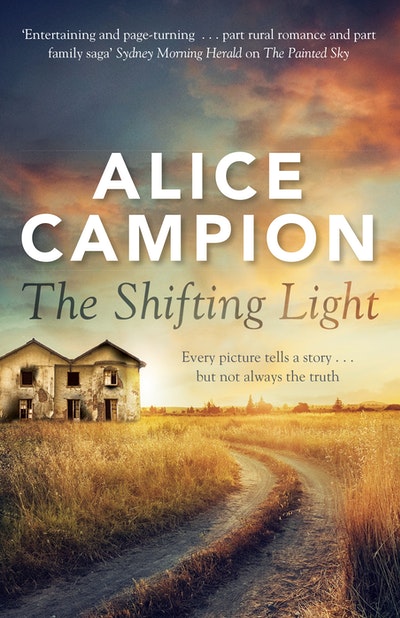 The book that was written by a book club! The Shifting Light is a riveting rural novel of family intrigue, love and suspense, from the authors of The Painted Sky.

Delight your reading group with this book written by a book club.