My Father in Full Colour

*As heard on BBC Radio 4 Book of the Week*

'Funny, nuanced and disarmingly honest, Klein's writing will transport you into her world' Sunday Times, Books of the Year 2020

The See-Through House is a book about saying goodbye to a much-loved family home. It is also a very funny account of looking after an adored yet maddening parent and a piercing portrait of the grief that followed his death.

Shelley Klein grew up in the Scottish Borders, in a house designed on a modernist open-plan grid; with colourful glass panels set against a forest of trees, it was like living in a work of art.

Shelley's father, Bernat Klein, was a textile designer whose pioneering colours and textures were a major contribution to 1960s and 70s style. As a child, Shelley and her siblings adored both the house and the fashion shows that took place there, but as she grew older Shelley also began to rebel against her father's excessive design principles.

Thirty years on, Shelley moves back home to care for her father, now in his eighties: the house has not changed and neither has his uncompromising vision. As Shelley installs her pots of herbs on the kitchen windowsill, he insists she take them into her bedroom to ensure they don't 'spoil the line of the house'.

Threaded through Shelley's book is her father's own story: an Orthodox Jewish childhood in Yugoslavia; his rejection of rabbinical studies to pursue a life of art; his arrival in post-war Britain and his imagining of a house filled with light and colour as interpreted by the architect Peter Womersley.

A book about the search for belonging and the pain of letting go, The See-Through House is a moving memoir of one man's distinctive way of looking at the world, told with tenderness and humour and a daughter's love.

Shelley Klein was born in Scotland in 1963, the youngest daughter of textile designer Bernat and knitwear designer Margaret Klein. She left the See-Through House in 2017 and now lives in London where she works as a writer. 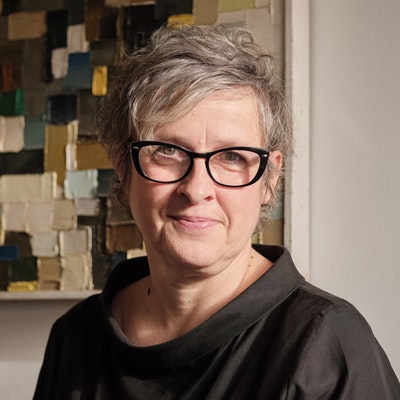 Praise for The See-Through House

A sad, funny, utterly fascinating book about families, home and how to say goodbye

Original, moving and bracingly honest... often hilarious... Each room has particular memories for Klein. And her journey through them is also a psychological quest, an attempt to understand how the house shaped her personality and whether she can ever get free of her attachment

A luminous book, full of light and colour, and a remarkable reflection on childhood and untold stories

A charming account of a daughter, a house and a fastidious dad: Secrecy is not a trait found in Klein's writing, which is at times disarmingly honest. Her openness pays off — we get a full and nuanced portrait of her life and all those in it

In this remarkable, moving tribute to a house and a father, Shelley Klein taps in to three universal emotions: our lifelong bond to the house we grew up in; our sense that our childhood home and our parents are intertwined; and our feelings of profound bereftness at saying goodbye to both parents and house ... beautifully illustrated ... Deeply affectionate

A moving study in grief

An honest, piercing account of love, death and everything in between... there is an undercurrent which makes this book special. It weaves the complexity of relationships and family into its pages. At its most compelling, it tackles psychodynamics, addressing the influence of earlier encounters and memories on future behaviour and emotions... A poignant homage to her father’s legacy

The See-Through House is part of a lineage of central European history filtered through its buildings... In its curious mix of chicken soup Jewishness and Swinging Sixties creativity it also creates a very vivid picture of a minimal modernism almost overloaded with meaning

This unusual memoir is both a beguiling account of an adored yet maddening parent and his complex family history, and an affecting portrait of the grief that follows his death

A touching and timely account of familial love, The See-Through House arrives with all the greater power in our period of lockdown, compelling readers to appreciate the importance of home and family anew.

A touching and timely account of familial love, The See-Through House arrives with all the greater power in our period of lockdown, compelling readers to appreciate the importance of home and family anew

The See-Through House is a beautiful testament to a father-daughter bond, an exploration of the complexities of grief and, all together, a quite stunning account of a one of a kind house