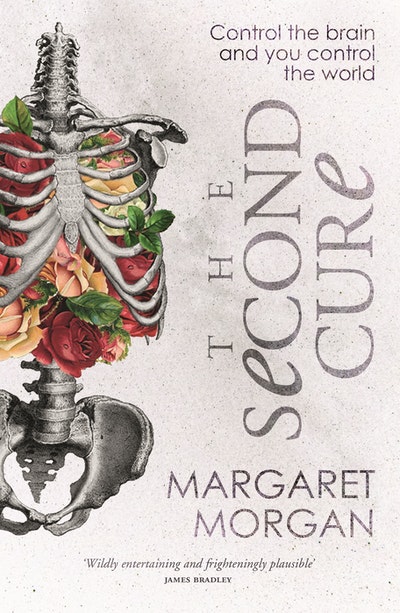 In a fractured nation, two women are left with a choice – risk all to bring humanity together or let it fall apart.

A pandemic is racing through our world, changing people subtly but irrevocably. The first sign for some is losing their faith. For others it comes as violent outpourings of creativity, reckless driving and seeing visions.

Scientist Charlotte Zinn is close to a cure when her partner becomes infected. Overnight her understanding of the disease is turned upside down. Should she change the path of evolution?

As Australia is torn apart, reporter Brigid Bayliss is determined to uncover the dark truth behind the religious response to the outbreak.

Brigid and Charlotte find themselves on the frontline of a world splintering into far left and far right, with unexpected power to change the course of history. But at what cost?

Dark, thrilling and compulsively readable, The Second Cure is a provocative debut about control, courage and belief.

After practising in criminal law, Margaret became a professional writer, working as a screenwriter and script editor in television for many well-regarded Australian drama series (Water Rats/A Country Practice/GP).
Margaret’s short fiction, reviews and journalism has been published in Meanjin and Going Down Swinging. Her works for stage (librettos for music theatre) have been performed to critical acclaim and full houses at major Australian arts festivals.
Margaret recently completed a bachelor’s degree in Advanced Science in Biology at Macquarie University, where she focused on plant science, genetics and parasitology. While studying, she won a prize for popular science writing in an international competition judged by Professor Richard Dawkins. 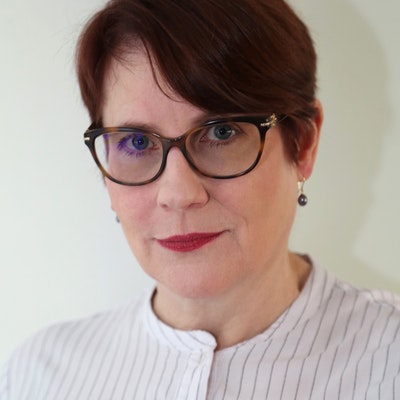 Praise for The Second Cure

Margaret Morgan’s well-­researched, intelligent and engaging thriller. Like most good sci-fi, The Second Cure uses present dilemmas to pose fundamental question­s about what it means to be human. The Second Cure is an absorbing, enjoyable and thought-provoking book.

The Second Cure is the provactive and thrilling debut novel from Sydney author and screenwriter Margaret Morgan. Great fiction allows us to make sense of the world we live in. Morgan has provided readers with two strong and remarkable central female characters to help us navigate this increasingly turbulent world, the scientist Charlotte Zinn, and reporter Brigid Bayliss. A striking, little bit frightening, and strong debut, The Second Cure is definitely to get your hands on!

The world’s cats are all dying and people are starting to exhibit strange symptoms…this hypnotic debut novel brilliantly captures the unease of our times.

This is a whip smart thriller, spanning decades and alive with ideas, featuring a cast that never stops moving, a crash course in parasitology, governments that rise and fall, ethical meditations on who we actually are, and — the most divine motor of all - the human heart.

Wildly entertaining. A razor sharp satire of the hypocrisy of the religious right and politicians of all stripes that feels not just possible but frighteningly plausible.

A highly intelligent and plausible novel. I love a good twist at the end of a novel and this book has two beauties. But, a moral dilemma is also presented. Would you alter the natural course of history to rid the world of your perception of evil if you had the scientific know-how? What would be the consequences?

A taut and thrilling examination of the near future and the potential Pandora's Box of genetic variants and mutated plagues. [Morgan] explores what may happen when we get beyond the realms of what our current level of science can cope with, providing a clear warning about how susceptible humans are to the smallest of parasitic threats as well as the greatest of human ones — the zealots and fundamentalists on all sides.

The Second Cure is a novel well calibrated for our cultural and societal moment. It is a vision of where our country could be headed without vigilance, a nation where ‘the self-centred … impose their pathology on the rest of the community’.

Dark, thrilling and compulsively readable, The Second Cure is a provocative debut about control, courage and belief. The novel leaves you with a lot to think about. This is not cookie-cutter crime fiction: there’s no single murder, no detective, no comforting resolution. Its scope is wider than that. It’s about our current political and social situation, and the fragility of liberal and compassionate life. The Second Cure is an act of protest. It’s a warning about the growing power of the alt-right, the ease with which freedoms can be eroded, and the possibilities of science in the fight to improve the human condition.