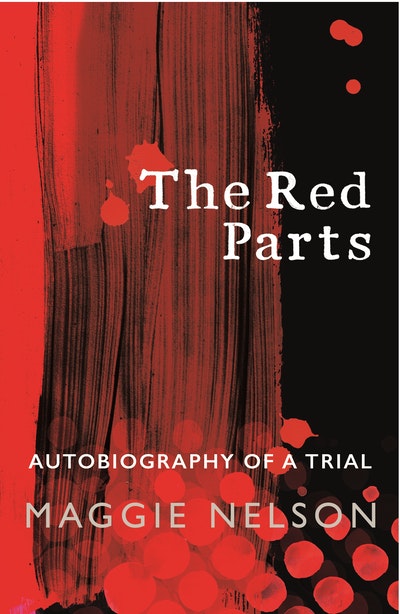 Autobiography of a Trial

The genre-defying, thought-stirring memoir about America's obsession with violence, from the critically acclaimed author of The Argonauts

Selected as a Book of the Year 2017 in the Guardian

'Maggie Nelson's short, singular books feel pretty light in the hand... But in the head and the heart, they seem unfathomably vast, their cleverness and odd beauty lingering on' Observer

In 1969, Jane Mixer, a first-year law student at the University of Michigan, posted a note on a student noticeboard to share a lift back to her hometown of Muskegon for spring break. She never made it: she was brutally murdered, her body found a few miles from campus the following day.

The Red Parts is Maggie Nelson's singular account of her aunt Jane's death, and the trial that took place some 35 years afterward. Officially unsolved for decades, the case was reopened in 2004 after a DNA match identified a new suspect, who would soon be arrested and tried. In 2005, Nelson found herself attending the trial, and reflecting with fresh urgency on our relentless obsession with violence, particularly against women.

Resurrecting her interior world during the trial - in all its horror, grief, obsession, recklessness, scepticism and downright confusion - Maggie Nelson has produced a work of profound integrity and, in its subtle indeterminacy, deadly moral precision.

Maggie Nelson is a poet, critic and the author of five books of non-fiction. Her books include The Red Parts: Autobiography of a Trial, The Art of Cruelty: A Reckoning (a New York Times Editor’s Choice) and The Argonauts (winner of the National Book Critics Circle Award), as well as four collections of poetry. In 2016 she was awarded the MacArthur Genius fellowship. She currently lives in Los Angeles. 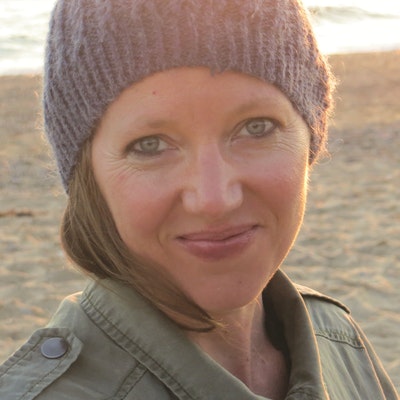 Praise for The Red Parts

A harrowing but clear-eyed examination of crime's emotional fallout

Maggie Nelson’s short, singular books feel pretty light in the hand... But in the head and the heart, they seem unfathomably vast, their cleverness and odd beauty lingering on...her work is blazingly intimate

A book-long riff on the first-person essay that Joan Didion built... Nelson eschews tidy resolution. She argues that stories are by nature imperfect – and yet she also shows us how they can become totally worthwhile

In writing The Red Parts, Nelson has made her own box holding the fragments of many things. It’s not a beautiful object, but a valuable, coolly shimmering one, which captures the raw bewilderment that can affect a family for generations after a violent loss

There is something daring in the intimacy of Nelson’s work... Her books, five works of nonfiction and four books of poetry, are light in your hands but heavy and powerful in all the nonliteral senses

Nelson balances starkness with sensitivity and salvages beauty from trauma, while also perverting every strong statement – arguing, softly, against absolutes in general and her own convictions in particular…uncertainty and vulnerability are what is so special about Nelson’s writing... The result is a victim impact statement as complex and perplexing as the case itself… By bouncing everything through the prism of her strong relations; by refusing to be intimidated by originality, Nelson is a true original

Maggie Nelson is one of the most electrifying writers at work in America today, among the sharpest and most supple thinkers of her generation

Nelson is candid, funny and – for many years a poet – has a talent for compression and juxtaposition that makes for an enthralling use of language

It’s Nelson’s articulation of her many selves – the poet who writes prose; the memoirist who considers the truth specious; the essayist whose books amount to a kind of fairy tale, in which the protagonist goes from darkness to light, and then falls in love with a singular knight – that makes her readers feel hopeful

Nelson’s cathartic narrative encompasses closure of unrelated events in her own life, such as mourning her dead father, dealing with a recent heartache and reconciling with her once-wayward sister. Her narrative is wrenching

There’s no one quite like Maggie Nelson writing right now... We are lucky to have her

A memoir by a very cool writer – Maggie Nelson reminds me a bit of Joan Didion… Grim, but very well told.

Nelson confronts both her own and society’s disquieting fascination with the murder of pretty white women – as well as memory of her father’s sudden death…and the way such ruptures inspire a craving for story-making, catharsis, justice and reassuringly tidy ethical lines

In this powerful book, Nelson examines the unsolved murder of the aunt she never knew… Part memoir, part true crime, it’s a fiercely intelligent — and sometimes painfully honest — look at the criminal justice system… It’s also a frank appraisal of family relationships… and our inability, as a society, to look beyond our obsession with the murder of young women to find a solution to its cause… Written in a strong, evocative voice, often confessional and occasionally shocking, The Red Parts is a compelling, exhilarating and “unputdownable” read… It is thought-provoking, hard-hitting, wise and gentle, funny and searing, detached and emotional — all at the same time — and is written in such beautiful, eloquent language… it has the feel of an impossibly perfect book. As a meditation on violence and its long-lasting effects, it is superb; as an account of one family’s grief, it is profound.

A harrowing but clear-eyed examination of crime’s emotional fallout.