The Raj at War

The story of India's home front in the Second World War, as told by the many lost voices of Indian soldiers and civilians

The Second World War was not fought by Britain alone. India produced the largest volunteer army in world history: over 2 million men. But, until now, there has never been a comprehensive account of India's turbulent home front and the nexus between warfare and India's society. In The Raj at War we hear the myriad voices of ordinary Indian people, from the first Indian to win the Victoria Cross to the three soldiers imprisoned as 'traitors to the Raj' who returned to a hero's welcome, from the nurses in Indian General Hospitals to labourers and their families in remote villages.

Yasmin Khan presents the overlooked history of India at war, and shows how mobilisation for the war unleashed seismic processes of economic, cultural and social change - decisively shaping the international war effort, the unravelling of the empire and India's own political trajectory.

Yasmin Khan is a British writer and historian. She is an Associate Professor of History at the University of Oxford and a Fellow of Kellogg College. Her first book, The Great Partition: The Making of India and Pakistan,won the Gladstone Prize from the Royal Historical Society in 2007 and was longlisted for the Orwell Prize in 2008. 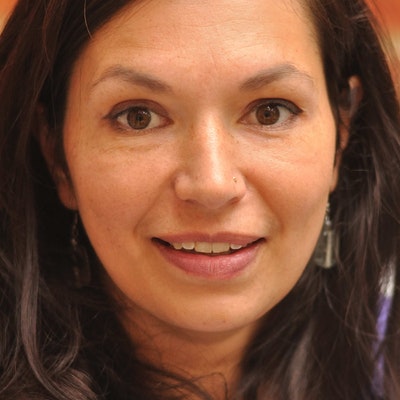 Praise for The Raj at War

This fascinating book tells the story of World War Two's impact on India: the shattering of the ordered relations which underpinned the Raj making its end inevitable. It's also a much needed reminder of India's contribution to that war

Exceptional...balances analysis, history and human compassion in a narrative that leaves one shaken

Almost impossible to put down

[Has] brought undeservedly obscure histories into a powerful and startling light

A fascinating, vividly written history full of surprises, some of them shocking

The Second World War is one of the most written-about episodes in all world history: every month sees a dozen new titles published. Yet, astonishingly, The Raj at War breaks new ground on almost every page

A striking example of people's history, packed with anecdotes, memories and information about a shared but largely unwritten global past

[Khan marshals] a dazzling array of first-hand sources - soldiers and politicians, but also non-combatants such as nurses, refugees, peasants and prostitutes - to illustrate the effect the conflict had on South Asian society and politics

an intricately detailed insight into an underexplored area of wartime history

Emma Jolly, Who Do You Think You Are?

Khan's research has been extensive and she combines it with a gift for storytelling. She is at her best and most original in bringing us the revealing perspectives of witnesses other historians might ignore.

[Khan] shows convincingly how Indians could no longer be fooled, or fool themselves, that the British presence was either benign or irreversible

Yasmin Khan...offers a richly researched social history of wartime India that is peppered with fascinating detail

Unprecedented in scope...rich both in detail and in its unique insights... Khan's history has paved the way for a more complex understanding of the Second World War as India's War

Revelatory study. Khan balances analysis, history and human compassion in a narrative that leaves one shaken.

Remarkable Account. Compassionate, judicious and brilliantly readable, this is a compelling account of a dramatic, but little examined, aspect of history

Khan has written a first class book... Exceptionally well told facts throughout the book, I was staggered at her revelations . It is a bitter, sweet story throughout . Overall, the book enlightened me in many ways, perhaps it makes me regard the Indian in a different light today. It certainly has made me look up other deeper facts about various matters pertaining to the era of the Second World War, and that has to be a good inducement to read the book.