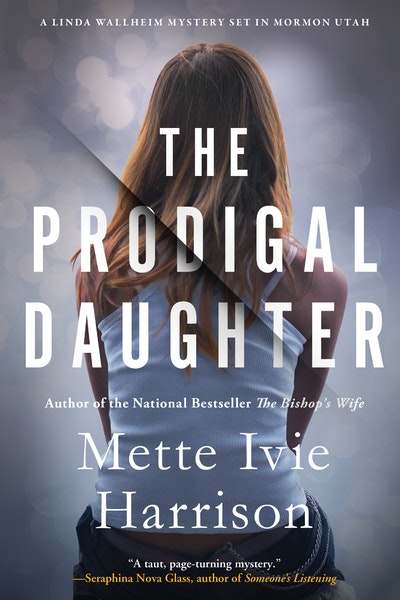 In the wake of the #MeToo movement, has it become easier to speak out about sexual assault in religious communities?

Linda Wallheim, increasingly disillusioned with her religion, has begun marriage counseling with her husband, Kurt, a bishop in the Mormon Church. On other days, Linda occupies herself with happier things, like visiting her five grown sons and their families.

When Linda’s eldest son, Joseph, tells her his infant daughter’s babysitter, a local teenager named Sabrina Jensen, has vanished, Linda can’t help but ask questions. Her casual inquiries form the portrait of a girl under extreme pressure from her parents to be the perfect Mormon daughter, and it eventually emerges that Sabrina is the victim of a terrible crime at the hands of her own classmates—including the high school’s golden boys and future church leaders.

Linda’s search for Sabrina will lead her to the darker streets of Utah and cause her to question whether the Mormon community’s most privileged and powerful will be called to task for past sins.

Praise for The Prodigal Daughter

Praise for The Prodigal Daughter “Harrison brings a unique, progressive point of view to Mormonism and bravely questions her belief system, free from arrogance but with genuine curiosity, while weaving a taut, page turning mystery.” —Seraphina Nova Glass, author of Someone's Listening “Heart-wrenching . . . Harrison adroitly raises various ethical issues as the suspenseful plot builds to a devastating climax. Those looking for a nuanced character study will be rewarded.” —Publishers Weekly, Starred Review “Linda Wallheim sets off on a quest that draws her into the dark underbelly of Salt Lake City’s homeless camps and sets off a chain of events that will test her marriage and her faith. Once again, Harrison keeps the reader turning pages as the novel races to its unexpected, yet inevitable conclusion. A solid addition to this consistently strong series.” —Marcia Talley, Agatha and Anthony Award–winning author of Done Gone and more Hannah Ives mysteries Praise for the Linda Wallheim mysteries   “Linda has an engrossing voice, at once modest and assured.” —USA Today “Excellent . . . Watching Linda Wallheim take on the church and its entitled male members as she unravels the mystery of Carrie's and Helena's disappearances is one of the chief pleasures of this richly detailed debut.” —Los Angeles Times  "Exceptional. . . Readers of all faiths will relate to kindhearted, thoughtful Linda, a devout Mormon who isn’t afraid to question the policies and leadership of the LDS church." —Publishers Weekly, Starred Review   "Mormon bishop’s wife Linda Wallheim . . . offers help only someone inside the church can give. I really enjoy her thoughtful, faith-based inner monologue." —The News & Observer