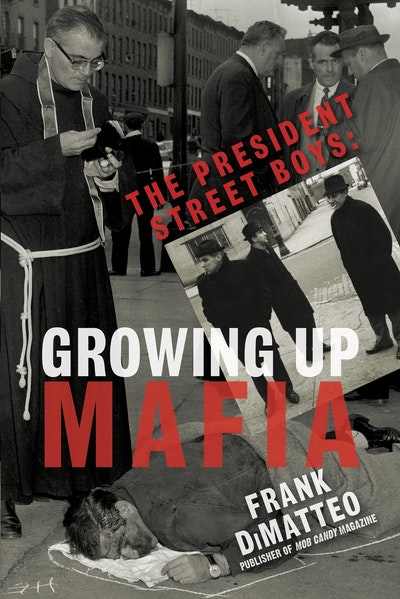 “When Mom got out of jail, it was great having her home.”

They were THE PRESIDENT STREET BOYS of Brooklyn, New York.

Frank Dimatteo was born into a family of mob hitmen. His father and godfather were shooters and bodyguards for infamous Mafia legends, the Gallo brothers. His uncle was a capo in the Genovese crime family and bodyguard to Frank Costello. Needless to say, DiMatteo saw and heard things that a boy shouldn’t see or hear.

He knew everybody in the neighborhood. And they knew him. . .and his family. And does he have some wild stories to tell. . .

From the old-school Mafia dons and infamous “five families” who called all the shots, to the new-breed “independents” of the ballsy Gallo gang who didn’t answer to nobody, Dimatteo pulls no punches in describing what it’s really like growing up in the mob. Getting his cheeks pinched by Crazy Joe Gallo until tears came down his face. Dropping out of school and hanging gangster-style with the boys on President Street. Watching the Gallos wage an all-out war against wiseguys with more power, more money, more guns. And finally, revealing the shocking deathbed confessions that will blow the lid off the sordid deeds, stunning betrayals, and all-too-secret history of the American Mafia.

Originally self-published as Lion in the Basement

“I know Frankie D from when i was a kid living in South Brooklyn. It was hard reading about my father, Gennaro “Chitoz” Basciano, but I knew it was the truth. Frankie’s book is dead on the money—I couldn’t put it down.” —Eddie Basciano, somewhere in Florida

“It’s been forty years since I’ve been with Frankie D doing our thing on President Street. This book was like a flashback, Frankie D nails it from beginning to the end. Bravo, from one of the President Street Boys.” —Anthony “Goombadiel” DeLuca, Brooklyn, New York

“As a neighborhood kid I grew up around President Street and know firsthand the lure of ‘the life’ as a police officer and as a kid that escaped the lure. I can tell you the blind loyalty that the crews had for their bosses—unbounded, limitless, and dangerous. As the Prince of President Street, Frank Dimatteo, is representative of a lost generation of Italian Americans. If any of this crew had been given a fair shot at the beginning they would have been geniuses in their chosen field.” —Joseph "Giggy" Gagliardo, Retired DEA Agent, New York City

“The President Street Boys takes me back as if it was a time machine. Its authenticity is compelling reading for those interested in what things were really like in those mob heydays; not some author’s formulation without an inkling of what was going on behind the scenes. I loved the book because I was there, and know for sure readers will love it too.” —Sonny Girard, author of Blood of Our Fathers and Sins of Our Sons 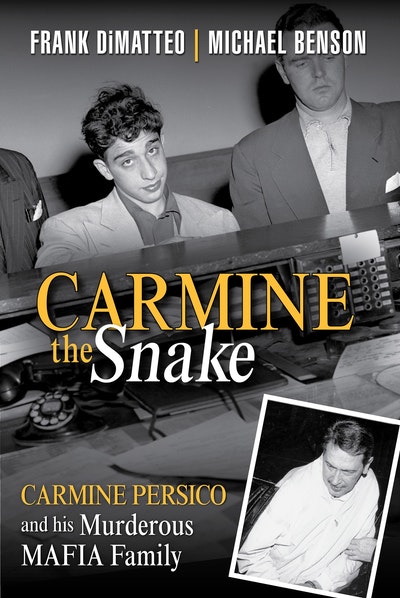