The Plan: How Fletcher and Flower Transformed English Cricket

The inside story of the England cricket team's quest to become the number one Test nation in the world; Cricket Book of the Year 2012

In 1999, England slumped to a new low in their tumultuous cricket history. Defeat at home by a mediocre New Zealand team saw them fall to the bottom of the world Test rankings, below even Zimbabwe. Yet only just over a decade later, England reached the top. It was a remarkable and profound transformation, brought about largely by two men with an insatiable desire to succeed, Duncan Fletcher and Andy Flower.

In The Plan, Steve James tells the story of the renaissance of English cricket from a unique perspective. As the former batting partner of ECB managing director Hugh Morris, a player under Fletcher at Glamorgan and Flower's closest confidant in the press corps, James is the perfect analyst of this period in cricket history. From crucial choices of captain to innovative coaching and a complete overhaul of training and preparation for matches, it is the tale of a refusal to be second best.

And in examining Fletcher and Flower's background in Zimbabwe, where James himself played, he uncovers the continental shift behind the turnaround. It is the story of how English steel was melded with African fire to create the most potent combination in world cricket.

Steve James has been writing about cricket and rugby for the Daily Telegraph and the Sunday Telegraph for more than ten years.

He read Classics at Swansea University before becoming a postgraduate at Cambridge, where he won a Blue in the side captained by Mike Atherton. He played his county cricket with Glamorgan for eighteen years, scoring nearly 16,000 runs at an average of over 40, and captaining them for three seasons, winning a National League trophy in 2002, before retiring due to injury.

In 1997 James helped Glamorgan to win the County Championship for the first time in nearly thirty years and was named the Professional Cricketers Association Player of the Year. He still holds the record for highest score by a Glamorgan batsman (309 not out against Sussex at Colwyn Bay in 2000) and also won two caps for England. 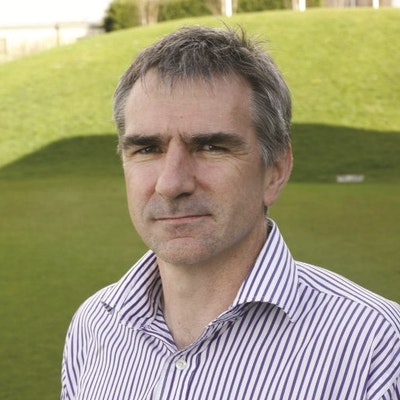 Praise for The Plan: How Fletcher and Flower Transformed English Cricket

The most insightful cricket book of the year

An excellent book and courageous in the way it revisits and interrogates the opinions of the moment, including the author's own, in light of subsequent developments. As well as knowledge there is a rare warmth and sympathy to his portraits of men who are probably easier to respect than truly to know. The Plan is rich in unfamiliar detail and even the sideways glances are penetrating. The cricket points are well made, the personal judgements astute. Like his subjects James has made a good plan and stuck to it

Fine detail... a persuasive account of the renaissance of English cricket, and no one is better qualified to tell it. [Steve James] has become a member of an influential new British school of cricket writing

James' quiet excellence, uncomplicated style and informed perspective make his Sunday column a "don't miss". The Plan is more of the same... Compelling

Unrivalled insight and captivating analysis... James has peerless knowledge of Fletcher and Flower - he argues his view brilliantly