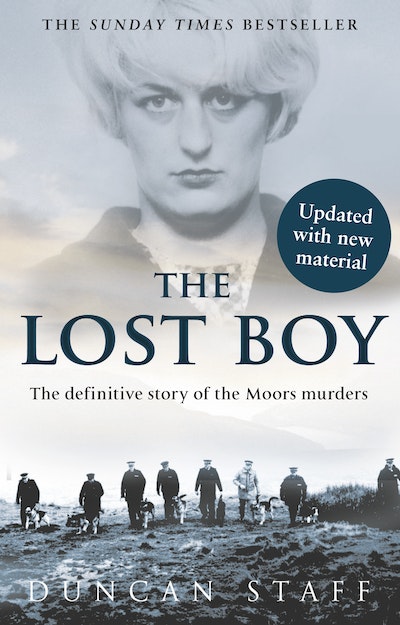 The definitive book of the Moors Murders and the search for Hindley and Brady's final victim - now updated with new evidence.

Between 1963 and 1965 the Moors Murderers - Ian Brady and Myra Hindley - kidnapped and murdered five children before they were caught and sentenced to life in prison. The case shook the nation and has held us both horrified and fascinated for fifty years. Three of the children - Pauline Reade, John Kilbride and Lesley Ann Downey - were discovered in shallow graves on Saddleworth Moor. Edward Evans' body was found in their spare bedroom. The body of Keith Bennett has never been found.

In the late nineties Myra Hindley contributed to a documentary on the murders, made by Duncan Staff. When she died in 2002 he was sent her unpublished papers. Drawing on this unique resource, and with the cooperation of the families of the victims, the police and expert witnesses, Duncan Staff is able to cast new light on the crimes, Hindley's relationship with Brady and her life in prison. And in this new edition of his bestselling book he is able to present, for the first time, compelling new evidence about the Moors murderers' system for hiding their victims' bodies.

Duncan Staff is a leading documentary maker and journalist who has produced and presented a number of critically acclaimed, commercially successful programmes. His work has been shown on BBC1, BBC2, Channel 4 and ITV's World in Action. He also writes for the national press, principally the Guardian.

Praise for The Lost Boy

As close to a definitive book on the subject as we are ever likely to read.