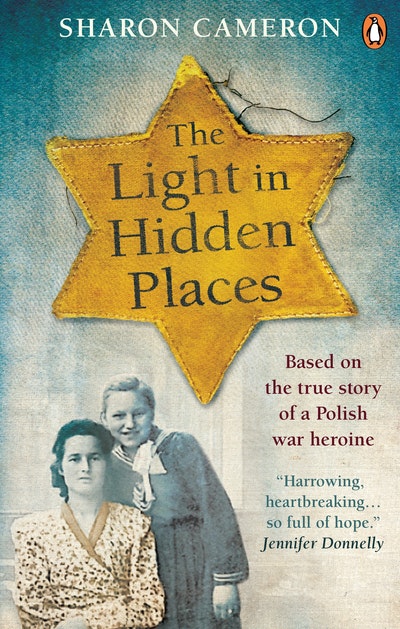 The Light in Hidden Places

Based on the true story of war heroine Stefania Podgórska

A novel based on the incredible true story of Stefania Podgórska, a Polish teenager who hid 13 Jews in her attic during WW2.

One knock at the door could be the death of them all.

It is 1943, and sixteen-year-old Stefania Podgórska has been working for the Diamant family in their grocery store in Przemsyl, Poland, for four years. She has even made a promise to one of their sons, Izio - an engagement they must keep secret since she is Catholic and the Diamants are Jewish.

But everything changes when the German army invades Przemsyl. The Diamants are forced into the ghetto, and Stefania is alone in an occupied city, the only one left to care for her six-year-old sister. And then comes the knock at the door. Max Diamant has jumped from the train headed to a death camp. Stefania and Helena make the extraordinary decision to hide Max, and eventually twelve more Jews. Then they must wait, every day, for the next knock at the door, the one that could destroy everything...

A powerful novel from a New York Times Bestselling author, based on the remarkable true story of Stefania Podgórska, a Polish teenager who hid 13 Jews in her attic during World War Two.

Praise for The Light in Hidden Places

Harrowing, heartbreaking, and yet so full of hope.

Sharon Cameron wrote an exciting novel that weaves together the lightheartedness, sheer terror, and incredible inner strength of this young woman, my mom. This book exceeds all my expectations.