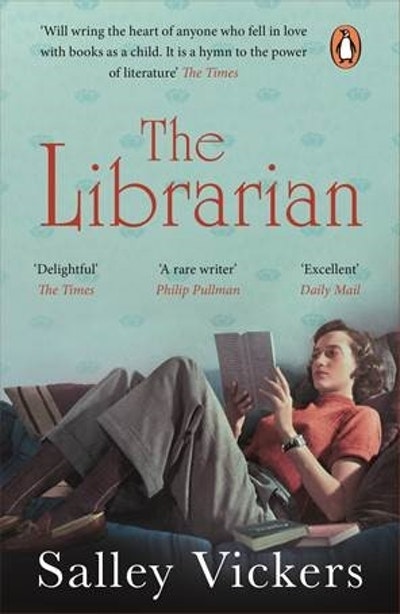 Sylvia Blackwell was just twenty- four when in 1958 she took up the post of Children’s Librarian in East Mole.

It was only her second real job. After a spell helping out at her local Boots lending library, she took a position as Assistant Librarian in Swindon. There, as an enthusiastic graduate from one of Britain’s new library schools, she introduced some of her own favourite authors and was dispirited when The Treasure Seekers and Comet in Moominland remained on the shelves, their covers as pristine as the day she had unpacked them.

‘I could have told you,’ Clive Henderson, the Senior Librarian, said. He had worked at Swindon Library for years and considered that this experience had granted him a knowledge of Swindon’s cultural tastes which the new Children’s Librarian had been uppity in ignoring.

Sylvia stuck it out in Swindon for eighteen months before successfully applying for the post at East Mole. She moved from a bedsit in Swindon to a cottage in Field Row on the outer skirts of East Mole, a redbrick terrace which sat oddly amid the green of the surrounding meadows and petered out at number 5.

The rent for the cottage was low – almost alarmingly so, though on a librarian’s salary Sylvia didn’t feel inclined to argue with her landlady, Mrs Bird, on that score.

‘It was my grandma’s originally,’ Mrs Bird had explained. ‘Lived and died there. No inside WC, no bathroom or running hot water then and brought up five kiddies single handed, more or less.’ Mrs Bird’s diminutive stature together with her jaunty little black-feathered hat made for a quite uncanny fit with her name.

Sylvia said that it sounded just what she was looking for and Mrs Bird gave her directions and said she would meet her at the address to take her round and show her the ropes. She arrived slightly late for their appointment, briskly shoved open the garden gate and ducked under a branch that overhung the path. ‘Blessed tree. Next door won’t see to it. Here you are then. This is number 5.’

The cottage’s tiled roof was shaded by a tall ash tree and greened over with moss, which made it all the more appealing to Sylvia’s innocent eye. Inside, the kitchen walls bore orange stains of damp but the window overlooked the garden and the sweating flagstones and the flaking distemper seemed to Sylvia, born and bred in Ruislip, rustic and picturesque. The sitting room, only slightly larger than the kitchen, was heated by an open fire. Up a steep flight of stairs, unlikely to be passed by modern building regs, were the two bedrooms.

Her landlady indicated the smaller of the two rooms. ‘This is where my mum, bless her soul, and her sisters slept. They only had the one boy. He was sickly, poor lad. Died of pleurisy. Probably for the best.’

The bathroom, painted a patchy pale primrose, was fitted with a crazed water-stained basin. A diminutive bath had been jammed in awkwardly at a partial angle beside it.

‘The WC’s downstairs by the kitchen. There wasn’t a bath here before but we squeezed one in when we decided to let. If you need to go in the night you can always use that.’ Mrs Bird pointed out a white china chamber pot. ‘You’re young and your bladder’ll still be in good nick. You unmarried ones don’t know your luck.’

Sylvia, whose mother had never openly referred to menstruation and had divulged the facts of life so obliquely that for years Sylvia had believed babies were conceived through a painful hospital operation, blushed.

Number 5’s garden abutted a thistle-filled field in which two decrepit donkeys had been pensioned off to see out their latter days. The garden itself was overrun with impenetrable clumps of brambles and rampant nettles but Mrs Bird assured Sylvia that it would ‘come back in no time’. She indicated an ancient plum tree. ‘The fruit’s all right for stewing but I wouldn’t touch it uncooked –  we used to eat them raw as kiddies and we got a belting when they gave us the runs.’

She stopped to survey a particularly dense patch of nettles. ‘That’s where my grandad grew rhubarb. He only grew it to spite the rabbits. One thing they won’t eat. I don’t s’pose you’re handy with a gun? My grandma made a grand rabbit pie.’

Sylvia considered mentioning that Peter Rabbit’s father had been put in a pie by Mr McGregor but thought better of it.

‘There’s no phone. But next door but one’ll let you use theirs if there’s an emergency.’

Mrs Bird handed over a bunch of assorted keys and, having established that the rent was to be paid on the first of the month, hurried away to collect a grandchild from school.

Sylvia’s possessions were easily accommodated in the cottage’s limited space. A good deal of what looked like discarded furniture had been crammed into the tiny rooms. A lumpy-looking sofa, propped up on a brick where a leg was missing, was covered in a pink chenille bedspread and two chairs upholstered in shiny red chintz dominated the sitting room. An ashtray in the form of a scallop shell bore the legend ‘Welcome to Cromer’. Sylvia, whose family holidays had been spent on the chilly Norfolk beaches, on the whole found this welcoming.

The larger bedroom was mostly taken up by a heavy wooden bedstead on which reposed a dauntingly high mattress. On the wall opposite the bedhead a text in coloured Gothic script announced uncertainly ‘Surely goodness and mercy shall follow me all the days of my life.’

There were no bookshelves on which to house Sylvia’s principal possessions and after packing out the windowsills she stacked as many as she could on to the slanting shelves of the cupboard in the smaller bedroom. The rest of the books had to stay for the time being in the cardboard boxes from Swindon Library, Clive Henderson’s parting gift.

But for all its apparent inadequacies, her new quarters offered promise.

Sylvia’s life had hitherto been ordinary, insofar as any life can be called that. Her father held a minor managerial position in a firm based on London’s Great West Road that sold soft drinks. Her mother was the daughter of one of the firm’s salesmen, which is how the couple had met. Her mother had given up her job as a receptionist with the arrival of Sylvia. There were no other children. Sylvia had never liked to enquire, even inwardly, into the reasons for this but from the time her father came home from the war there had been separate bedrooms, which supplied an answer of a sort.

Sylvia’s school reports were middling. ‘Sylvia must learn to buckle down to her studies’ and ‘Inclined to dream’ were typical assessments. Only Miss Jessica Jenkins, the Children’s Librarian at her local library, had a sense that there was more to the girl than met the eye.

Long hours spent alone in her bedroom had encouraged in Sylvia the habit of reading, often by torchlight under the bedclothes far into the night. On Saturday mornings, while her father read the papers and her mother made a martyr of herself over the household chores, Sylvia got in the way of walking down to the library, unescorted – for with the recent perils of German bombs no longer a threat no other possible dangers to a child were envisaged – where Miss Jenkins had set aside books she thought the young girl might enjoy.

Librarians are not alone in having favourites among their clientele but a shared love of reading is an especially powerful bond. It was through Jessica Jenkins that Sylvia met those versions of reality, the characters in fiction, who if not larger than life can become a shaping influence and an inner guide.

Early practice in negotiating her mother’s moods had made her, superficially, easy-going and she was not without friends. But in this way, books became her silent allies and sometimes her more-than-friends.

For all the dreaminess that vexed her teachers Sylvia did well enough to gain a place at the new London library school, near enough for her to continue to live cheaply at home. ‘A job with a proper future,’ her mother said approvingly when her daughter revealed her career plan. Hilda Blackwell was privately relieved that her daughter’s surprising success as Bottom in the school production of A Midsummer Night’s Dream had not, as she had for a time feared, led to a demand to go to drama school.

Apart from reading, the only other notable passion in the Blackwell family was chess.

Sylvia’s father had been taught the game by a young Czech officer for whom he had crewed during his war years in the RAF. The officer had been part of the attack on Bremen and had not returned from the raid. Norman Blackwell, who had injured his arm, had been stood down for the flight and he felt the inevitable guilt of the survivor. The death of the young officer who had lost his family to the Nazis affected his tail gunner in a way for which he had no conscious words. The dead man had revealed in Norman Blackwell an unexpected flair for chess and when Pavel Prager was reported killed in action there were no living relatives to whom his few possessions could be conveyed.

‘You might as well have this, Blackwell,’ the mess sergeant had said, handing Norman the chess set with which he had learned the game.

Perhaps out of respect for his dead commanding officer, or perhaps in default of anything else to give her, Norman Blackwell had attempted to pass on this interest to his only child. In the evenings, when Sylvia had finished her homework, while her mother listened to the Light Programme on the wireless, Sylvia and her father would sit opposite each other over the kitchen table and play with the inherited chess set.

Sylvia was not a natural at chess but she was a sensitive child who divined an unmet need in her father and out of loyalty did her best to master the game. Chess players, however pacific in other areas of their lives, are ruthless when it comes to chess, and in spite of his best efforts for years it was impossible for her father not to beat his protégée. It was a defining moment for them both, one Sylvia never forgot, when she contrived one evening to checkmate her father.

‘You might as well have this,’ her father had said, unconsciously repeating the words with which he had been given the modest wooden box on which the scratched initials of his lost colleague were still visible. ‘With you gone, I shan’t have anyone to play with.’ 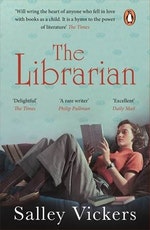 How do the children fare as a result of the books Sylvia introduces them to? And how does the library alter the children's lives?