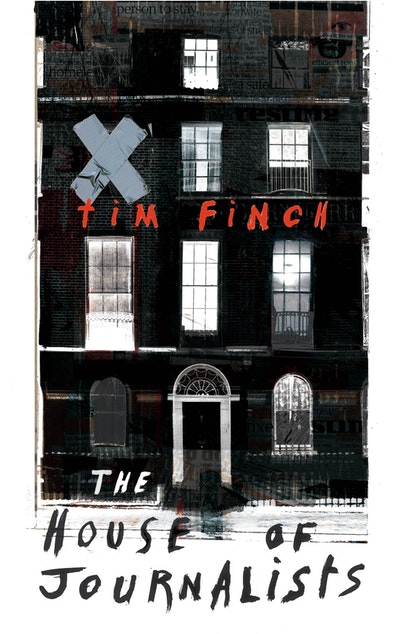 The House of Journalists

Welcome to the House of Journalists. Who are you and what is your story?

A fashionable house in a London terrace, the House of Journalists is renowned around the world as a place of refuge for exiled writers who have fallen foul of oppressive regimes. Run by Julian Snowman, successful writer and broadcaster, its fellows include the newspaper editor Mr Stan whose hands were smashed with hammers; a journalist called Mustapha who spoke out vainly against a brutal coup (and got his name from an immigration officer who tells him he ‘Must ‘ave a name’); Agnes, a young photojournalist who recorded her country’s descent into civil war; and Sonny, who endured a harrowing journey to safety. Only one man guards his story: the new fellow, AA.

A first novel of rare originality, The House of Journalists creates an unforgettable world of displacement and hubris, heartbreak and humour; it has a narrative voice that is utterly distinct, at once beguiling and disturbing.

Tim Finch works for the leading London think-tank, The Institute for Public Policy Research. He was a BBC political journalist and is a former director of communications for the Refugee Council.

Praise for The House of Journalists

It’s an astonishingly good book… There are thoughts here on human rights and the loneliness of those expelled from home, but this serious backbone is wrapped in good stories, humour and tenderness.

A strange but oddly effective mixture of often-light comedy and often-brutal reportage from the front line against tyranny.

A savagely funny broadside aimed at the industry of suffering… The former journalist now working for a think tank is authoritative on his subject matter but also irreverently amusing when it comes to sacred cows in this delightfully unusual novel.