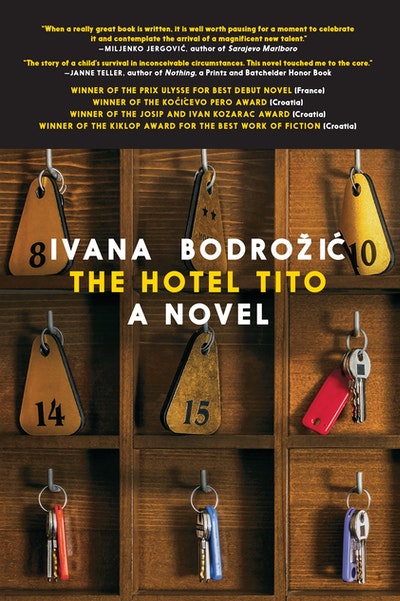 Winner of the Prix Ulysse for best debut novel in France.
Winner in Croatia and the Balkan region of the Kocicevo Pero Award, the Josip and Ivan Kozarac Award, and the Kiklop Award for the best work of fiction.

When the Croatian War of Independence breaks out in her hometown of Vukovar in the summer of 1991 she is nine years old, nestled within the embrace of family with her father, mother, and older brother. She is sent to a seaside vacation to be far from the hostilities. Meanwhile, her father has disappeared while fighting with the Croatian forces. By the time she returns at summer’s end everything has changed. Against the backdrop of genocide (the Vukovar hospital massacre) and the devastation of middle-class society within the Yugoslav Federation, our young narrator, now with her mother and brother refugees among a sea of refugees, spends the next six years experiencing her own self-discovery and transformation amid unfamiliar surroundings as a displaced person. As she grows from a nine-year old into a sparkling and wonderfully complicated fifteen-year-old, it is as a stranger in her own land.

Applauded as the finest work of fiction to appear about the Yugoslav Wars, Ivana Bodro?ic’s The Hotel Tito is at its heart a story of a young girl’s coming of age, a reminder that even during times of war—especially during such times—the future rests with those who are the innocent victims and peaceful survivors. 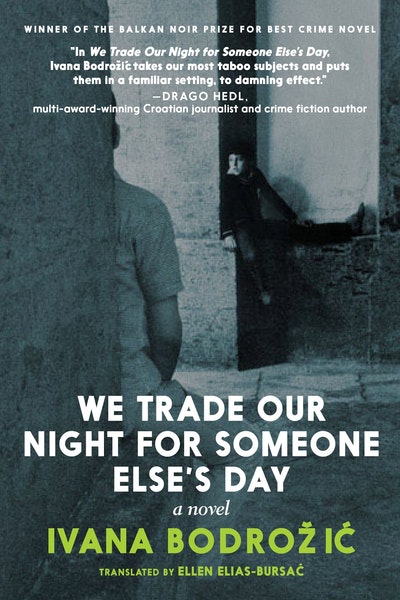 Praise for The Hotel Tito

"Wonderful, touching, and terrifying writing." --Sebastian Barry "Bodro?ic has a knack for noticing. Seamlessly, she taps into the perceptiveness of the child's-eye-view and casts it on the page in crystalline form. To shape these minute details into a smooth and compelling read is a testament to Bodro?ic's talent, a facility mirrored by the capable hands of Elias-Bursac." —Sara Novic, author of Girl at War “When something important happens in the literary arena, when a really great book is written, it is well worth pausing for a moment to celebrate it and contemplate the arrival of a magnificent new talent.” —Miljenko Jergovic, author of Sarajevo Marlboro, named one of the 25 books that inspired the world by World Literature Today, winner of the Erich Maria Remarque Peace Prize   “The story of a child’s survival in inconceivable circumstances. This novel touched me to the core.” —Janne Teller, author of Nothing, a Printz and Batchelder Honor Book     "Ivana Bodro?ic’s Hotel Tito is powerful tale of human resilience. Dripping with authenticity. Heartbreaking, horrific, but ultimately redemptive. An instant classic. Not just an anti-war novel but a human novel. Wonderful writing and personal insight make Hotel Tito a unique kind masterpiece. A must-read testimony to the human spirit."--Eoin Colfer, bestselling author of the Artemis Fowl series   "Powerful and moving."-- Jim Sheridan, acclaimed director of My Left Foot and In America "A young girl is caught in the turmoil of adolescence and war.Drawing on her own family's experiences during Yugoslavia's struggle for independence in the 1990s, poet and fiction writer Bodro?ic’(The Hole, 2016, etc.) creates a captivating tale that earned acclaim and literary awards when it was published in Europe. Translated by Elias-Bursa?, the story begins when the slyly observant narrator is 9 and suddenly is sent, with her older brother, from their home in Vukovar, on the Croatian-Serbian border, to the seashore. Although her parents do not explain why, she has "a sneaking feeling it has to do with politics because everybody talks about politics all the time." A few weeks later, the children's mother arrives, but their father remains in Vukovar to defend Croatia against the Serbs, a long siege that ends in the imprisonment—and, the family later learns, the murder—of 400 men, her father among them. The remaining family members become refugees, housed in one shabby room at the former Political School in Kumrovec, which they sardonically dub the Hotel Tito, after longtime Yugoslav president Josip Broz Tito, a native of that city. Living on a meager displaced family's allowance, they find a community consisting only of other refugees. Repeatedly, they petition the government for an apartment. "Believe me," the mother writes, "it is much harder for the families of the missing because there are things we can never accept, and the uncertainty is crushing us." Equally crushing is widespread disdain toward refugees. Against the backdrop of political news and rumors, the narrator grows up, setting aside Barbie dolls for disco clubs, dealing with jealousy, hurt feelings, her brother's volatile anger, her mother's depression, and her own mysterious emotions. "How cool it was to be all melancholy and sighs," she reflects. Desperate to leave the Hotel Tito, she is elated when her excellent grades make her eligible for a fine secondary school in the capital city of Zagreb. In the new setting, though beset by grief and fear, she is buoyed by hope.Tragic history conveyed with honesty and candor." --Kirkus Reviews