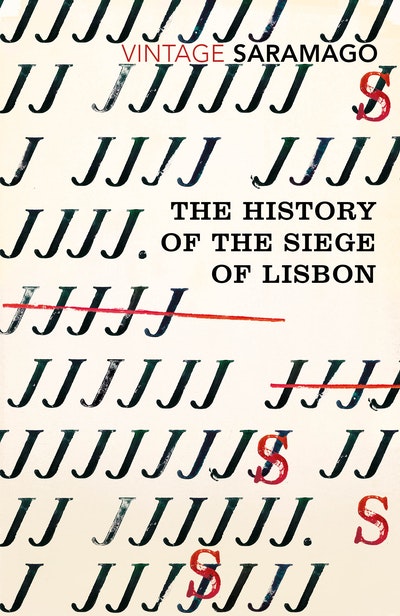 The History of the Siege of Lisbon

What happens when the facts of history are replaced by the mysteries of love?

When Raimundo Silva, a lowly proofreader for a Lisbon publishing house, inserts a negative into a sentence of a historical text, he alters the whole course of the 1147 Siege of Lisbon. Fearing censure he is met instead with admiration: Dr Maria Sara, his voluptuous new editor, encourages him to pen his own alternative history. As his retelling draws on all his imaginative powers, Silva finds - to his nervous delight - that if the facts of the past can be rewritten as a romance then so can the details of his own dusty bachelor present.

Praise for The History of the Siege of Lisbon

Saramago is one of Europe's most original and remarkable writers...his writing is imbued with the spirit of comic enquiry, meditative pessimism and a quietly transforming energy that turns the indefinite into the unforgettable

This cryptic, ingenious novel...is never dull or humourless... No candidate for [the Nobel Prize] has a better claim to lasting recognition than this novelist who was born in 1922 but was in his mid-50s before he started to publish the fiction that has won him an international reputation

A book filled with lyrical and intellectual rewards

This hypnotic tale is a great comic romp through history, language and the imagination

Saramago is an extraordinarily talented artist, the type of playwright, novelist, essayist and occasional poet irresistible to lovers of literature