A chilling police thriller set in a small coastal town on the Mornington Peninsula, where the discovery of human bones on an isolated beach has reawakened a twenty-year-old cold case…

'Australian crime fiction has just found an exciting new voice.' Marie Claire On the evening of September 22, 1998, three teenage girls venture out for a night of mischief in the coastal town of Blairgowrie. But only two return . . . For over twenty years the disappearance of fifteen-year-old Cecilia May remains a baffling cold case - until human bones are discovered on an isolated beach.

Now it’s up to Detective Emmett Corban and his team to dig up decades of trauma, and find the missing piece of an investigation that’s as complex as it is tragic.

Does the answer lie with the only suspect, a registered sex offender who confessed, then immediately provided a rock-solid alibi? Or with the two teen survivors – neither of whom can keep their story straight?

But the police aren’t the only ones hunting for the truth: someone else has arrived in the seaside town. And she’s prepared to do whatever it takes to find her own version of justice…

She has over a decade of experience and has worked across every medium – print, online, television and radio.

Katherine began her career at the Herald Sun newspaper (News Corp), where she specialised in sports reporting (winning an AFL Media award in 2008), before moving to breaking news, including crime and court reporting. During this time, she covered some of Victoria’s most notorious criminal affairs, including the death and funeral of underworld figure Carl Williams.

She has also worked for Seven West Media (7 News, 7 Sport), 3AW Radio, the Nine Network's Today show, and Network Ten, and has been a regular international correspondent for multiple global outlets.

Katherine has been writing fiction from a young age, and she studied literature and journalism at university. Her debut novel is inspired by the many criminal trials she has covered. 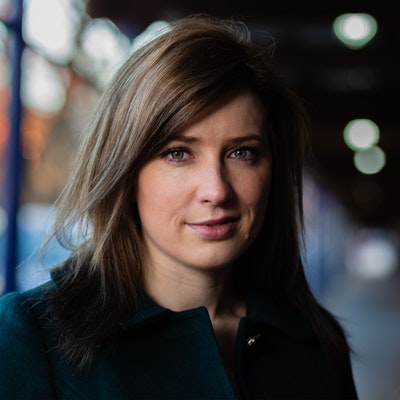