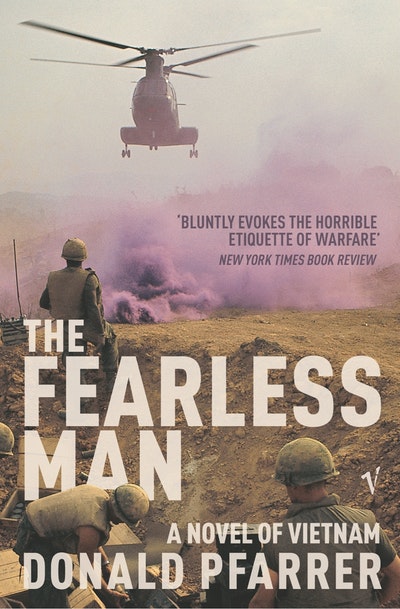 A Novel of Vietnam

Destined to become a classic, an excruciatingly realistic story of a marine captain as he descends into the maelstrom of infantry combat in Vietnam.

The mission is Vietnam in microcosm: a quest to find and destroy a secret cache of enemy weapons. Leading this fateful journey is Captain MacHugh Clare, a draftee who has become the consummate soldier. Unconcerned with death, each morning he shifts immediately from unconsciousness to action. His reward at the end of the mission is the possibility of seeing his wife.

Beside Mac is his opposite. Chaplain Paul Adrano, who knows only doubt and disillusion. He has come to Vietnam to kill his fear, to find his faith again on the field of battle, and he will soon know the forbidden power of violence and the pull of sexual temptation.

Meanwhile, in America, Mac's Sarah wife fights her own battle - against a feeling of uselessness. Struggling with notions of a woman's proper role, Sarah begins to see possibilities beyond merely waiting for the man she loves.

The Fearless Man is an epic novel of all the wars we wage to occupy ground, forge a future, and save our souls.

Donald Pfarrer is the author of Cold River, Neverlight, Temple and Shipman and The Fearless Man. He lives in Cambridge, Massachusetts.

Praise for The Fearless Man

In its brawling, battle-ready topos and the lyricism of its passages, The Fearless Man harks back to Hemingway...The Vietnam War becomes the forge and test of its combatants' courage

A study of fear and courage-Three perceptive acts in which Pfarrer's complex, engaging characters face their deepest fears

It is impressive in its ability to draw you in to the battle-scenes... Reminiscent of Hemingway and James Jones... The Fearless Man leaves you desolate and exhausted.