The Far Side of the Moon
Clive Stafford Smith
Categories:
Share…

The Far Side of the Moon

A taboo-breaking book about the stigma and painful legacy of mental illness from one of our most prominent human rights lawyers, founder of Reprieve and a tireless advocate against the death penalty

From the renowned human rights lawyer and activist Clive Stafford Smith, The Far Side of the Moon is a deeply personal book about men and mental health, told through Clive's challenging relationship with his late father, and his experiences representing an acute depressive on Death Row.

Clive Stafford Smith is a lawyer specialising in defending those accused of the most serious crimes, and is founder and Director of UK legal charity Reprieve. Based in the US for twenty-six years, he now works from the UK where he continues to defend prisoners on Death Row, and challenges the continued incarceration of those held in secret prisons around the world. He has secured the release of 65 prisoners from Guantánamo Bay and still acts for fifteen more. His book Bad Men (shortlisted for the 2008 Orwell Prize) described this campaign. Alongside many other awards, in 2000 he received an OBE for 'humanitarian services'. His second book Injustice was shortlisted for the 2013 Orwell Prize and the CWA Non-Fiction Dagger. 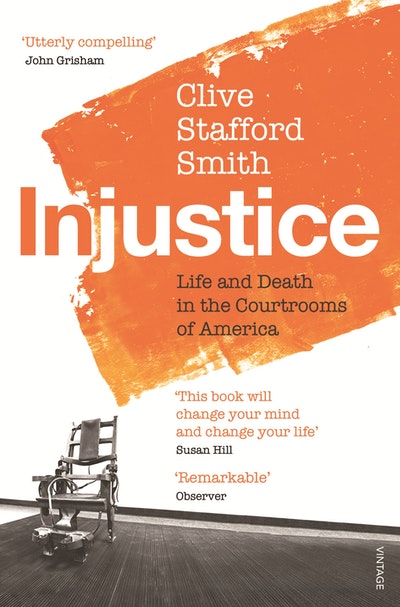