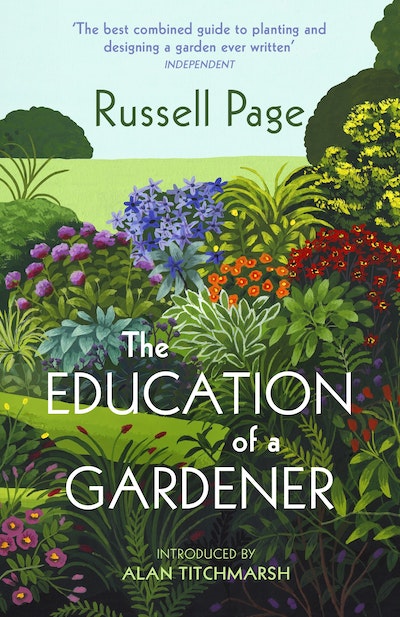 The Education of a Gardener

A classic memoir by Russell Page, one of the 20th Century's most famous landscape gardeners, describing the author's training and the development of his many celebrated gardens.

Russell Page was one of the most famous landscape gardeners in Europe. This is his classic text describing his training and the making of his many and celebrated gardens. Written in clear, elegant prose, illustrated with a substantial photographic section, this edition boasts pictures by Marina Schinz of Russell Page's gardens in a more mature form and hitherto unpublished photographs from the author's files with a foreword and captions by Fred Whitsey, gardening correspondent to the Daily Telegraph.

Russell Page became a professional garden designer in 1928 after studying painting at the Slade School, University of London, and in Paris. He designed a great variety of gardens in Europe, the Middle East, North and South America, ranging from small cottage and town gardens to elaborate layouts including the Battersea Festival Gardens in 1952. He was one of only three Englishmen to have received a medal from the French Academy of Architecture.

Russell Page died in January 1985. After his death The Times wrote, "In a world in which the gifted amateur is no longer the guiding light in the design of gardens, and in which highly qualified professionals prevail, Russell Page stood out as one of those great originals, for which England has been famous."

Praise for The Education of a Gardener

He has written an astonishingly beautiful book about his craft

A book which could only have been written by a perceptive artist with wide experience, knowledge and a sense of beauty.

A book which could only have been written by a perceptive artist with wide experience, knowledge and a sense of beauty.