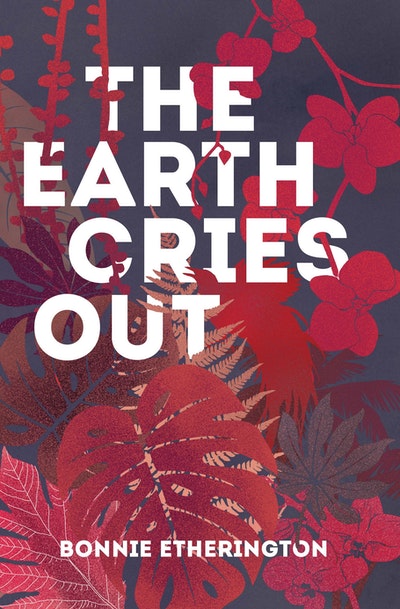 The Earth Cries Out

'This is a substantial and evocative work' - Otago Daily Times

Fresh, different and exquisitely written, this is an exciting debut novel.

One day we were in a dream world, where Julia was dead and the space where she once was became large and silent, and then we were in another country altogether — where stories and voices made their way into our house any way they could. They heaved under the floorboards, whispered in the windows. Creaked in the attic like a python grown too big on rats. And I collected them all to fill that silence Julia left.

After the accidental death of Ruth's five-year-old sister, their father decides that atonement and healing are in order, and that taking on aid work in a mountain village in Irian Jaya is the way to find it. It is the late 1990s, a time of civil unrest and suppression in the Indonesian province now known as West Papua.

The family drops into what seems the middle of nowhere, where they experience a vibrant landscape, an ever-changing and disorientating world, and — for Ruth — new voices. While her parents find it a struggle to save themselves, let alone anyone else, Ruth seeks redemption in bearing witness to and passing on the stories of those who have been silenced — even as she is haunted by questions about what it means to witness and who gets to survive.

Bonnie Etherington was born in Nelson, New Zealand, but spent most of her childhood in West Papua and her experiences there inspired her first novel. Currently, she lives with her husband and cat in Chicago, where she is working towards a PhD at Northwestern University, focusing on tropical ecologies in South East Asian and Oceania literatures. She was shortlisted for the Commonwealth Short Story Prize in 2016, and has had poetry, short fiction, and travel writing published in literary magazines and anthologies in Australia, New Zealand, the USA, and Malaysia. She was shortlisted for the BNZ Katherine Mansfield Award in 2013, and named AA Directions’ New Travel Writer of the Year in 2011. 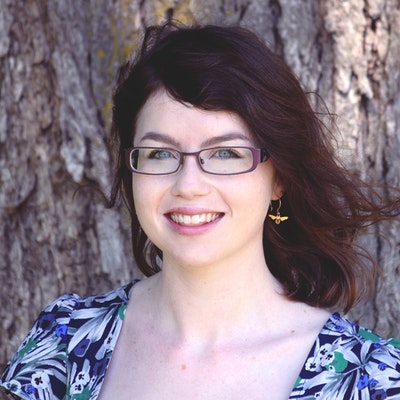 Praise for The Earth Cries Out

Bonnie Etherington's debut novel is the pick of the bunch [the Acorn Fiction Prize longlist]. . . . Etherington's imagery and delicate touch make this an instant classic. I will read this again and again.

Not since Lloyd Jones' Mr Pip has a New Zealand fiction writer informed us so well of life in this turgid country. And just as the island of Bougainville, where Mr Pip was set, is further removed from West Papua than Auckland is from Invercargill, this book is a much more personal account than Jones' book, from someone who grew up among the villagers of West Papua and still thinks of the country as her home.

I’m getting harder to please in my old age but The Earth Cries Out has done it. It’s a surprising and quite wonderful novel. . . . Life thrums around Ruth – the incredible flora (wonderfully described), the people, the mosquitos – but there’s a stillness to her. She describes scenes so immaculately that, often, it’s almost as if the story isn’t moving forward. It’s compelling, but not because of its action, necessarily; it’s compelling because of how spot-on the author captures childhood’s tiny cruelties and guilts that we never let go of. It’s rounded out by grief and growing up, and a background of politics and history. This is an impressive, moving, often unflinching debut.

. . . it’s not a grisly story; if anything, it’s more visceral because of her understated, but graceful, style. Ruth’s story is told sensitively and alternates with vignettes about Papua’s flora and fauna. Each is organised around a specific plant, such as an orchid or a breadfruit tree, accompanied by a short story. It’s a skilful way of including information about the region’s politics, history and peoples without putting far-too-grown-up words and thoughts into Ruth’s mouth and brain.

absorbing and readable . . . rich in sensory detail and atmosphere

With an exclamatory title and striking cover, The Earth Cries Out is a bold and thoroughly informed work by first-time novelist BonnieEtherington. . . . The Earth Cries Out is packed with content, and on a personal and broader level speaks of grief and loss. This is a substantial and evocative work that carries the voice of a young writer and first time novelist, but with varied work behind her already, it will be interesting to see what her future directions might be.

Now this is something quite different, from a fresh young Kiwi writer with enormous talent. . . . Etherington's writing is so poetic, her descriptions of life in this strange land evocative and beautiful, that you'll want to reread some sentences. What a delight.

The Earth Cries Out, by Bonnie Etherington, was evocative, provocative and about a part of our world we frequently neglect