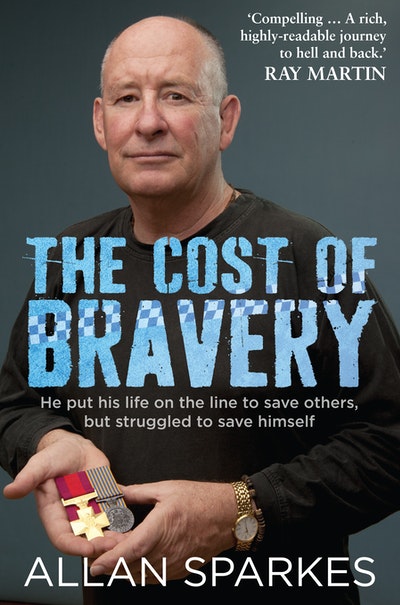 The Cost of Bravery

Part police story, part triumph over adversity, this is Allan Sparkes' moving account of what happened to him after he was awarded a Cross of Valour, Australia's highest civilian award for bravery.

'I was Humpty Dumpty at the bottom of the wall, my heart and the very soul of me shattered into a thousand pieces.  I knew that my life was never going to be the same again.  I also knew that if I did not get professional help, I'd soon be dead.'
Allan Sparkes didn't think twice about rescuing an 11-year-old boy from a flooded storm water drain – the courageous policeman put his life on the line and saved the kid. He became one of only five people to be awarded Australia's highest decoration for bravery, the Cross of Valour, but the rescue would signal a downward spiral into post-traumatic stress disorder and depression.
Here was a man with many professional accolades, who had thrived on never knowing what his next call would involve – murder, bombings, junkies and robberies were often part of a day's work for this detective, yet he suddenly lost his 20-year career and all sense of self-worth.
Allan's recovery from debilitating mental illness was a rollercoaster ride of personal challenges that tested his courage and resolve over more than a decade. With the unwavering support of his wife, he faced his demons and rebuilt his mind, body and soul. Today, Allan is back to being his adventurous self, prepared to face whatever comes his way. This is his inspiring story.

Allan Sparkes was an innocent country boy when he joined the police force. For 20 years he was a front line cop, working in Kings Cross, crime squads and the north coast, and was presented with  some of the  highest police awards for service. In 1996 he received the prestigious Cross of Valour – Australia's highest decoration  for bravery – for rescuing a boy from a flooded storm water drain.

When Allan's police career ended, he set out to rebuild his life. Seventeen years and several career paths later he has found his calling, inspiring people with his story of personal triumph over adversity.

Allan aims to help those who are suffering and those who are trying to support them.  He inspires people not to give up, but rather to search for the opportunities that change presents. His presentations often receive standing ovations.

Allan is a volunteer for the Beyond Blue Voices program, The Starlight Foundation and Spinal Cure. He lives in Sydney with his wife and two daughters. 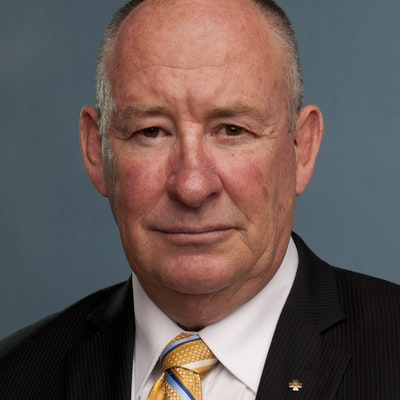