A Human History of the Oceans

A titanic history of the three great oceans - the Atlantic, the Pacific and the Indian - and of mankind's relationship with the sea from the first voyagers to the present day

For most of human history, the seas and oceans have been the main means of long-distance trade and communication between peoples. This book traces the history of human movement and interaction around and across the world's greatest bodies of water, charting our relationship with the oceans from the time of the first voyagers. Following merchants, explorers, pirates, cartographers and travellers in their quests for spices, gold, ivory, slaves, lands for settlement and knowledge of what lay beyond, David Abulafia has created an extraordinary narrative of humanity and the oceans. And today, as plastic refuse covers thousands of square miles of the waters, and once exotic trading cities and outposts are replaced by vast, mechanized container ports, he asks - what next for our oceans and our world?

David Abulafia has written extensively on the political, economic and social history of the Mediterranean, especially Sicily, southern Italy and the Catalan world. His books, several of which have been translated into Italian, Spanish or German, include The Two Italies, A Mediterranean Emporium and The Western Mediterranean Kingdoms 1200-1500,The New Cambridge Medieval History, volume 5, c.1198-1300, which he edited, and Frederick II. He has also written over a hundred historical articles. He had lectured in several European countries and in the United States, Israel and Japan, and he regularly visits Italy for his research. He has been awarded the King Roger II Prize in Sicily for his books on the history of the island. He strongly believes that historians should attempt to convey the results of their research to a wider public. He is Professor of Mediterranean History at Cambridge University and he has been a Fellow of Gonville and Caius College, Cambridge, since 1974. 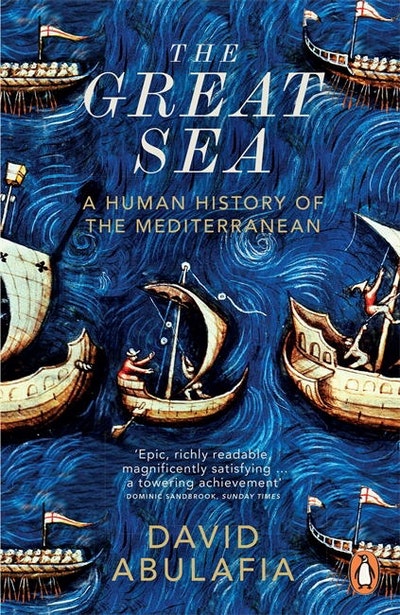