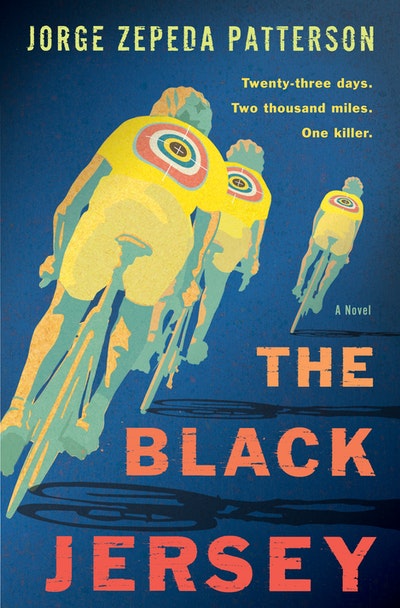 A fast-paced mystery where Murder on the Orient Express meets the Tour de France--someone's killing off cyclists one by one.

"There are riders willing to die just to win a single leg of the Tour, careening downhill at a suicidal ninety kilometers per hour; now I know there are also riders ready to kill for it."

Marc, a French-Colombian professional cyclist with a military past, is on an elite Tour de France team led by his best friend, Steve, an American star and a favorite to win this year's Tour. But the competition takes a dark turn when someone begins eliminating racers in a series of violent "accidents," and all the remaining athletes become suspects. Marc agrees to help the French police with their investigation from the inside, but as the days progress, the dangers grow, and the number of potential murderers--and potential winners--shrinks. In fact, if there's any team that has been favored by the murderer's actions, it's Marc and Steve's. Who can Marc trust? Who should he protect? As the finish line approaches, Marc must decide what he's willing to risk for justice, victory, and friendship.

Praise for The Black Jersey

“A deliciously juicy story of suspense in the vein of Agatha Christie.”—Milenio   “[Think] Hercules Poirot, as a cyclist . . . [this is] a novel waiting to be devoured.”—El País   “A fast-paced story that submerges the reader, not only in the intrigue of discovering who the killer is, but also in the adrenaline rush of competition, deadly in itself.”—Todoliterature