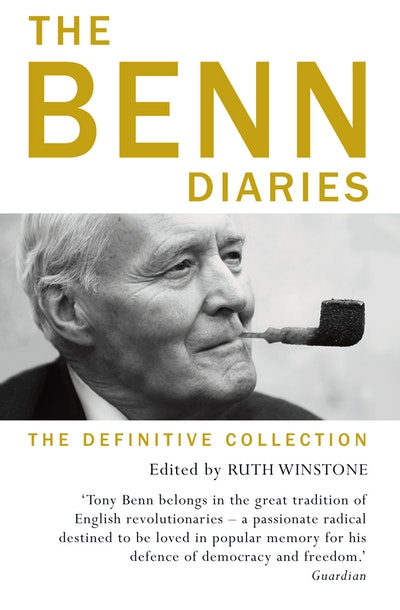 This is the definitive Benn diaries. The legacy. The one Tony Benn book that all his fans must have.

Tony Benn was one of the twentieth century's most charismatic politicians. The Benn Diaries, kept for almost seventy years, are a uniquely authoritative, fascinating and readable record of the political life of our times.

This single-volume edition is the selected highlights of the complete diaries from Tony's schooldays in the 1940s until he ceased keeping a record of his day-to-day thoughts in 2009.

The narrative starts with Tony as a schoolboy and takes the reader through his experience as a trainee pilot during the war, his tentative first days as a backbencher in Atlee's post-war government, through his battle to remain in the Commons after the death of his father. From cabinet posts and leadership battles, through election highs ands lows to becoming a retired widower. Tony Benn was a consistently radical voice campaigning for the causes he was passionate about.

This volume is the definitive legacy of the best political diarist of our times.

Radical statesman and Member of Parliament for over fifty years, Tony Benn is the pre-eminent diarist of his generation. His political activity continued after 'retirement' through mass meetings, broadcasts and in more recent years through social media. A widower since 2000, Tony Benn died at his home in London on 14th March 2014.