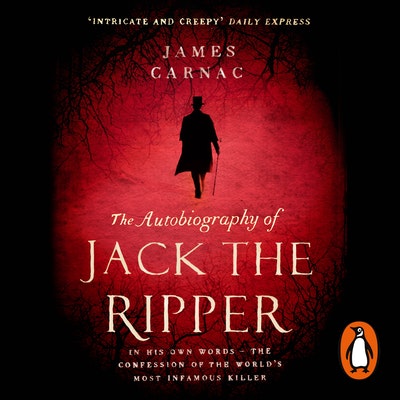 In his own words - the confession of the world's most infamous killer.

This memoir was recently discovered and appears to have been written in the 1920s by somone who asserts that he was Jack the Ripper.

This person is James Willoughby Carnac, this memoir written shortly before his death is an account of his entire life, including a few short months in 1888 when he became the murderer known to posterity as Jack the Ripper.

This book introduces a new suspect for the infamous murders in Whitechapel in 1888. There is information in this book that does not appear to be derived from contemporary newspapers or any other publications and the descriptions of Tottenham in the 1870s, the visits to performances of Jekyll and Hyde, the intricate geography of Whitechapel in 1888 are written with pin-point accuracy. There is also a credible motive given for James becoming the murderer Jack and also a reason for the end of the murders. Given the fact that the author also appear to have knowledge about aspects of the case not in the public arena at the time it could be that this actually is the autobiography of Jack the Ripper.

Ultimately it is up to the reader to decide if they believe the mystery has been solved at last but even if they end up deciding the account to be a work of fiction it would still be one of the very earliest imaginings of the Ripper case, written in the early years of the twentieth century, a fascinating piece of period writing and a worthy addition to the Ripper canon.

Whatever side they come down on there is no question that this book will be a source of much debate.

An account by someone who was there, was at least a witness to the scenes of the murders and was potentially the perpetrator of the Jack the Ripper murders... a text that will no doubt be debated for years to come