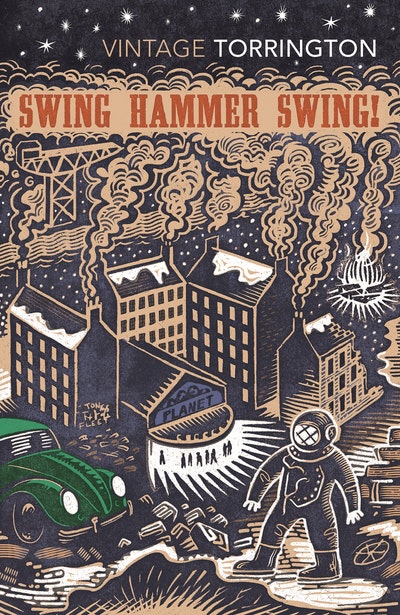 'Swing Hammer Swing! is a seriously good novel. Critics have rightly claimed that he does for Glasgow what James Joyce did for Dublin' – Stephen Pile, Daily Telegraph

From the infamous Glasgow slum, the Gorbals, Tam Clay chronicles a week in his life, in the last days before the demolishers move in. Intersecting friends, old-timers and eccentrics, navigating his pregnant wife, frisky bedfellows and debt collectors, Tam stumbles through a derelict world on an odyssey of self-discovery. Wildly funny, outlandish and insanely ambitious – thirty years in the writing – Torrington’s pulverised ’60s Glasgow is crammed to the crevices with a blizzard of his unique and insatiable genius.

Jeff Torrington (1935–2008) was born in the Gorbals, Glasgow. He had a wide-ranging career, working as a packing-case nailer, a cinema projectionist, a fruit-market porter, labourer, postman and as a fireman on the railways. He wrote novels and short stories, drawing on the changing face of modern Scotland.

His first novel Swing Hammer Swing! took 30 years to write and won the 1992 Whitbread Book of the Year Award. 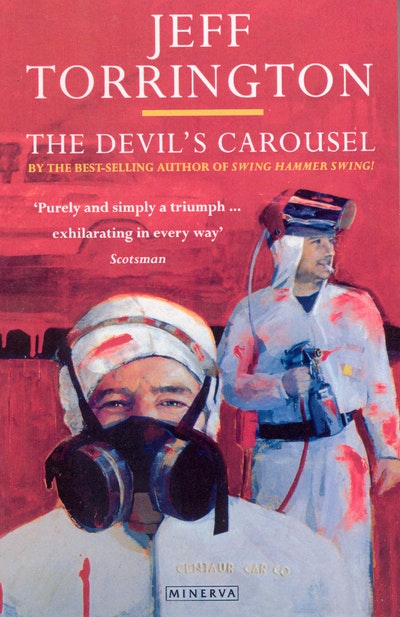 A gamey, pungent, vulgar sprawl of a novel, somewhere in the hinterland where Damon Runyon meets James Joyce

A crazily good read... this [is a] fantastic first novel

It is such a good novel, with such energy of language and gift for striking off memorable scenes, that its appearance at any time would be welcomed . . . It prompts reflection on how much it would have benefited Scottish writers if 20 years ago a novel had been published with Jeff Torrington's absolute lack of compromise or temporising explanation in the use of Glasgow material and dialect

This might be the Gorbals, and the banter might be exchanged on the steps of tramp-haunted urinals, but the reference points are Nietzsche, Pascal, Chekhov and Sartre'

Strikes a blow for Scottish literature in particular and non-metropolitan writing in general... Jeff Torrington has made language new. Hats off!

Torrington has a wonderful eye for this abandoned underworld, but above all this is a triumph of dialect, poetry, obscenity and high culture. Another great Scottish novel