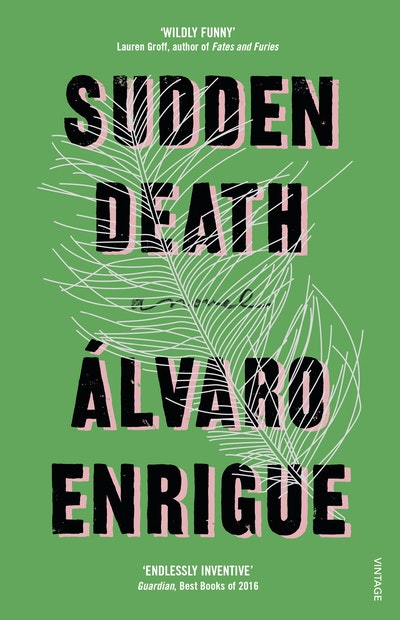 A funny and mind-bending novel about the clash of empires and ideas in the sixteenth century, told over the course of one dazzling tennis match

As Caravaggio, the libertine of Italy’s art world, and the loutish Spanish poet Quevedo aim to settle scores over the course of one brutal tennis match, the old European order edges closer to eruption.

Across the ocean, in early sixteenth-century Mexico, the Aztec Empire is under the fatal grip of Hernán Cortés and his Mayan lover. While they scheme and conquer, fight and fuck, their domestic comedy will change the course of history, throwing the world – and Rome’s tennis match – into a mind-bending reverie of assassinations, executions, papal dramas, carnal liaisons and artistic revolution.

Translated by Natasha Wimmer, the prize-winning translator of Roberto Bolaño's The SavageDetectives and 2666.

Álvaro Enrigue was born in Mexico and lives in New York City. He has taught at New York University, Princeton University, the University of Maryland and Columbia University. Sudden Death - his first novel to be translated into English - was awarded the prestigious Herralde Prize in Spain, the Elena Poniatowska International Novel Award in Mexico, and the Barcelona Prize for Fiction. 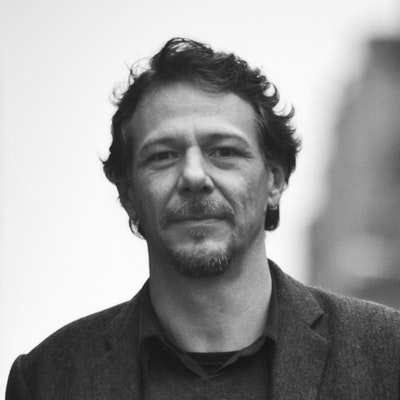 Engaging, audacious, and flat-out fun... Sudden Death marks the arrival of a major player on the capital-L courts of literature

Exhilarating, funny, and surprisingly sexy... Enrigue turns historical figures into real, flesh-and-blood people and really gets you thinking about art and history: what qualifies as either — and why

Brilliant... Enrigue has crafted a tennis allegory for the modern age: a heady, raucous meditation on chaos, power, language and the ways in which history is created and preserved... Enrigue blends historical elements with fantasy to conjure a light, knowing and very funny history in which the present is always lurking beneath the surface... Enrigue's prose is endlessly inventive, full of aphorisms, wry anecdotes and swaggering declarations.

Ingenius and clever... Engagingly original... There are traces of Pynchon's zany allure... Sudden Death is rich and lively with warmth which counters the bleakness of history.

Glorious... [Enrigue's] approach has both great entertainment value and intellectual appeal, especially as a corrective to a Eurocentric view of history... A splendid introduction to Mr. Enrigue’s varied body of work

A rare example of an artful, comedic, deeply literary novel with the potential to become a fixture on bookshelves everywhere

Ambitious… Champion storytelling… What makes the novel so enthralling is the intimate humanity of its characters… Throughout this mercurial novel, playing fast and loose with facts lets richer truths about the world emerge.

By turns intellectual and earthy, Enrigue’s fictionalized account of Renaissance Europe and 16th century Mexico is the best kind of history lesson: erudite without being stuffy, an entertaining work that incorporates the Counter-Reformation, the Spanish conquest of the Aztec empire, art history and even a grammar lesson on Spanish diminutives into one mesmerizing narrative.

An absolute pleasure to read. It is an intriguing story and the interspersed historical aspects were fascinating and kept me interested throughout. The story is beautifully written but the manner in which the author described the tennis match was outstanding.

An outstanding translation by Natasha Wimmer. It is a suitably strange, light-footed but historically weighty construction that centers around a fake tennis match... It is a brilliant synthesis of art, history, religion, power politics, and—yes—tennis, a complex study of our world via the world that gave birth to modernity. It is much like an American postmodern book, except it is very different from, say, a Pynchon or a DeLillo since it is carried along by Álvaro's very Mexican wit and sensibility, as well as his own intuitive logic.

Sudden Death is very, very funny and it is unfailingly brilliant and I have no idea how to describe it - another one of its rare virtues. I might say it is about tennis, or history, or art, or absurdity, but more accurate would be to say, simply, that it’s essential reading

Sudden Death is the best kind of puzzle, its elements so esoteric and wildly funny that readers will race through the book, wondering how Álvaro Enrigue will be able to pull a novel out of such an astonishing ball of string. But Enrigue absolutely does; and with brilliance and clarity and emotional warmth all the more powerful for its surreptitiousness

Beautifully rendered from the Spanish by 2666 translator Natasha Wimmer, Sudden Death is one of the most engaging, audacious, and flat-out fun works of fiction I've read in a while

Sudden Death is a unique object – tropical and transatlantic; hypermodern and antiquarian—a specialized literary instrument designed to resist the deadly certainties of universal history. But don’t let that confuse you. Sure, his method may be all playfulness and multiplicity, but Álvaro Enrigue is the most disabused novelist I know

A story of history plunging forward and the world at a defining moment. Rackets are raised; the court looms large. Finally a tale that truly defies the bounds of the novel

The speculative weight of this novel is brilliant, intriguing. No less brilliant is its unreliable narration

[Enrigue] belongs to many literary traditions at once and shows a great mastery of them all. . . . His novel belongs to Max Planck’s quantum universe rather than the relativistic universe of Albert Einstein: a world of coexisting fields in constant interaction and whose particles are created or destroyed in the same act

One of the best novels I’ve read all year… You’d be hard-pressed to find a book that was at once so bold in style and ambitious in structure and so much fun to read.

Sudden Death is fun and audacious and erudite.

Thump, Book of the Year

Sudden Death is a complex historical pageant of astonishing richness that portrays the imperial ambitions of Spain and the power struggle of the Italian states, the cultural clashes between the Catholic church and the people of the new world, the conflict between the creative arts and the dogmas of the time. It is also a history of tennis.