The second and concluding volume of Stephen Walsh's authoritative and acclaimed biography of Igor Stravinsky.

In 1934, Igor Stravinsky was fifty-two, a Russian expatriate living in Paris and already regarded by many as the most important composer of his generation. Stravinsky: The Second Exile follows him through the remainder of his long life, which he would spend largely in the United States. These are the years during which he would compose such masterworks as The Rake's Progress and Symphony in C, and achieve a new level of fame as a conductor and concert pianist in his own right.

In this second and final volume of Stephen Walsh's acclaimed biography, the author traces and illuminates Stravinsky's increasingly complex and often agonised family life and his crucially important relationship with his associate Robert Craft.

As a musicologist and critic, Walsh is able to speak with authority and wit not only about Stravinsky's life, but also about his work, expertly following the composer's musical journey from the neoclassicism of his late French and early American periods, through his early essays in serial technique, and on finally to the astonishing complexities of this protean genius's final works.

Based on exhaustive research, Stephen Walsh uncovers new and controversial material, making this the second volume of the most definitive biography of the most significant and influential composer of the twentieth century.

Stephen Walsh is a critic and musicologist who has written extensively on Stravinsky. He is a Senior Lecturer in Music at the University of Wales College in Cardiff. 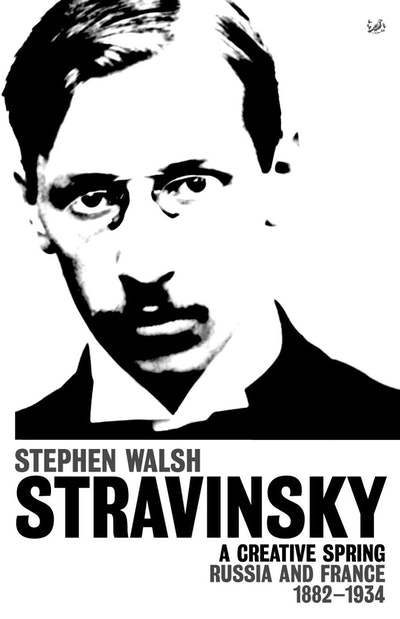 A masterly biography, both broad and deep

Huge...Precise and sensitive, sensible in sorting through some tricky issues and - not least - quite beautifully written

One of the finest music biographies of our age

Walsh's eloquence, clarity and grasp of the composer's cultural milieu mean that this book is always gripping

Walsh's scrupulousness (also evident in this volume's predecessor) in contextualising and considering quotes, hearsays and other evidence reveals a more complete, complex picture... But what emerges most powerfully is a penetrating vision of a creative mind, of how it made its decisions and adopted its stances, of how, often, it didn't quite understand itself

Whether taken on its own or with the first volume, this is a magnificent work of biography... A stunning achievement