With its gold rush history long in the past, Stone Town has definitely seen better days. And it’s now in the headlines for all the wrong reasons . . .

When three teenagers stumble upon a body in dense bushland one rainy Friday night, Senior Sergeant Mark Ariti’s hopes for a quiet posting in his old home town are shattered. The victim is Aidan Sleeth, a local property developer, whose controversial plans to buy up Blackwood land means few are surprised he ended up dead.

However his gruesome murder is overshadowed by the mystery consuming the entire nation: the disappearance of Detective Sergeant Natalie Whitsted.

Natalie had been investigating the celebrity wife of crime boss Tony ‘The Hook’ Scopelliti when she vanished. What did she uncover? Has it cost her her life? And why are the two Homicide detectives, sent from the city to run the Sleeth case, so obsessed with Natalie’s fate?

But following a late-night call from his former boss, Mark is sure of one thing: he’s now in the middle of a deadly game . . .

'Astonishingly assured crime debut. A pitch perfect outback noir, set against a vivid and atmospheric desert landscape . . . The book's explosive finale with linger with your for days.' Weekend Australian on Cutters End
'Past and the present collide to create a gripping tale of murder and intrigue.' Chris Hammer, author of Scrublands on Cutters End
'This smart, affecting tale owes more to Scandi noir fiction with its sinister twists and aching characters . . . a tour de force.' Australian Women's Weekly on Cutters End

Margaret Hickey is an award-winning author and playwright from North East Victoria. She has a PhD in Creative Writing and is deeply interested in rural lives and communities. She is the author of Cutters End and Stone Town (coming July 2022). 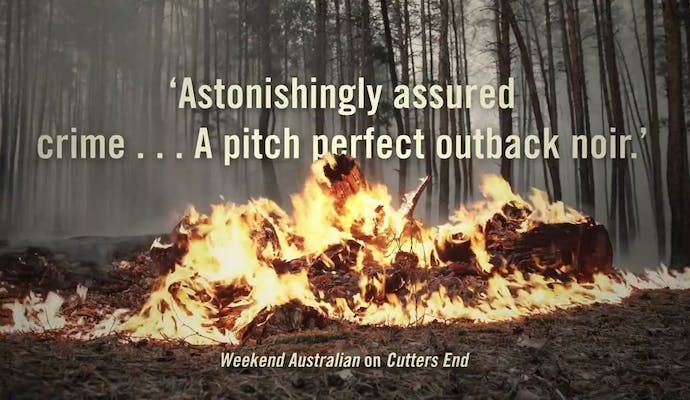 Stone Town is captivating new rural crime drama from the author of the bestselling Cutters End. Out July 1. https://www.penguin.com.au/books/stone-town-9780143777274