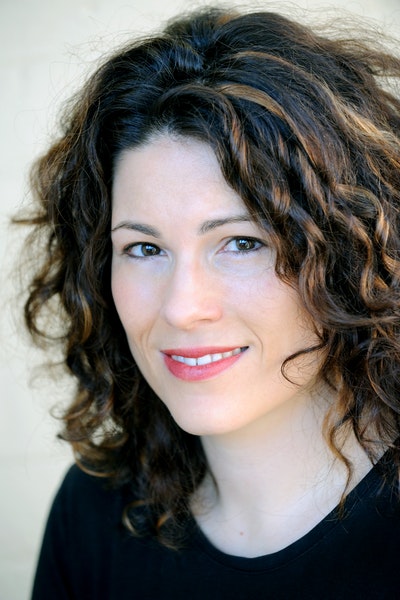 After years of researching, writing and talking about Gen Y, I was thoroughly sick of the lazy platitudes and negativity about them. I stopped speaking and writing about the topic. But in 2013, my Ipsos clients requested a study into the mindset of Australians in their late twenties. The report, entitled ‘Late 20s’, was based on fifteen small group discussions with Australian men and women between twenty-five and twenty-nine living in Sydney, Melbourne, Bendigo, Adelaide and Wagga Wagga. As I’d found in my 2006 book about Gen Y, housing affordability was a big concern. In the intervening years not only had Australian house prices risen but rental availability and affordability had become a big issue in major cities and some larger regional centres.

Whereas the GFC knocked house prices down in countries like the United States and the United Kingdom, it had done lit­tle to house prices in Australia. In fact, Australia remained the only ‘home-owner democracy’ where housing prices remained high. One of the big lessons most Australians, younger ones included, took from the GFC was that financial products like superannuation, tied to the share market, were a far riskier investment than buying a home or investing in a property. In a sense the GFC reinforced, rather than moderated, the Australian dream of home ownership.

Over the last decade, young Australians have lived through a time in which the perceived value of investment in property increased along with the costs of both buying and renting. ‘The big thing for us right now is the pressure to buy a house. I just feel that’s my thing,’ explained one participant. This sentiment was ech­oed across the discussion groups, male and female. They aspired to home ownership as both a smart economic plan and a means to establish a secure life. Interestingly, the young women in this study aspired to have a deposit for a first property before they got married or, even better, to have their own tiny piece of real estate – a very modern version of a glory box.

Yet in my experience, it is rare for young Australians to speak about buying property in dreamy or hopeful language. Discussions about housing are always fraught. The topic brings up feelings of fear, regret and urgency, as well as a degree of generational envy. Fear? Of turning thirty and having, as so many of the participants phrased it, ‘nothing to show for it’. ‘I’m stressing, I’m twenty-eight, I’ve got no assets.’ ‘I found myself in the same position every year, just nothing, no savings. Nothing to show for what I’ve earned.’ Regret? That since high school they’ve spent all of their money on consumer goods, travel and music festivals without putting something aside to invest. And perhaps relying too much on credit cards and ending up with a bad credit history that might hamper future planning. ‘It’s harder if you didn’t make the right choices when you were younger. When you’re young you don’t think about the consequences, you think the world is at your feet. You get offered credit cards when you’re a student, you go spending, you don’t really think about it. Then you get to this age when you want to think about your future, and it becomes a lot harder because you’ve got this [bad credit rating].’ Regret too that they didn’t enter the housing market earlier, in their early twenties. ‘If I could have bought a house when I was eighteen I would have. I would have asked my dad for [the deposit]. Honestly I would have done that.’ Fear of missing out on property and regrets about past spending behaviour combine to create a sense of urgency about buying that first home. There is little or no belief within this age group – or any age group, for that matter – that the housing bubble will burst and there will be a time when housing prices will decrease.

Looking back on close to a decade of research, I can see clearly how housing prices have shaped young Australians’ life choices and relationships in so many ways, some unexpected. For example, with­out a mortgage to curtail spending, young Australians have given precedence to their love of overseas travel. It is now an obsession and birthright for many young Australians, which goes beyond FOMO (fear of missing out) or the chance to brag on social media. It has become a new reason for being: the reason you work, the reason you leave a job, the reason you live at home, the reason you break up with a girl or boy. It’s compensation for the fact you don’t have kids or aren’t married or don’t own your own apartment – all that symbol­ises ‘responsibility’. In conversation after conversation with young Australians, travel sits on one side of the scale. Travel versus mort­gage. Travel versus steady job. Travel versus steady relationship. Even travel versus baby. ‘My brother has kids. They can’t go anywhere. They can’t travel.’ ‘My world wouldn’t be over if I didn’t have kids. I’d just travel.’ ‘I don’t think about saving for a house. I just save for travel.’ ‘If you have a mortgage in Melbourne you certainly have to give up travel.’ Of course, the ability to travel once home ownership and kids comes along might change, but the desire remains. The airline industry can bank on the fact that even with little kids, Gen Y parents are still going to plot and plan regular travel with progeny in tow.

Over the years I have been impressed with the ingenuity of young Australians determined to get into the housing market, and the inventive ways they’ve managed to do it. During the height of the resources boom, some worked in the mines for a period of time to save a deposit. Others have turned to parents for a loan for a deposit or to co-own. Or they buy property and then rent it out and move back with their parents. The high cost of housing has encouraged multi-generational households, an ancient housing arrangement making a resurgence. Despite reports of generational envy and predictions of generational warfare, young Australians and their parents often live in close quarters and work together towards common goals. 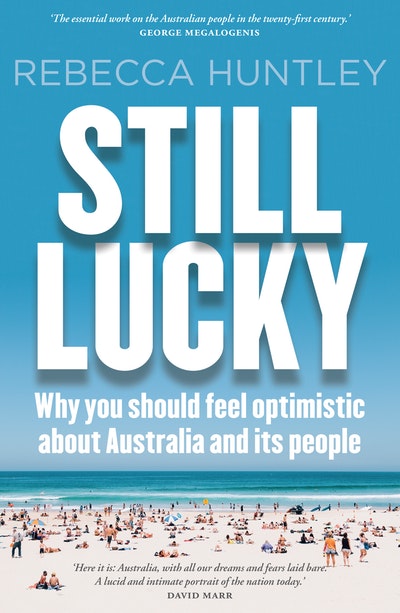 At a time when politics seems increasingly negative and our society increasingly divided, Still Lucky shows that we are more fortunate than we think, and have more in common than we know.