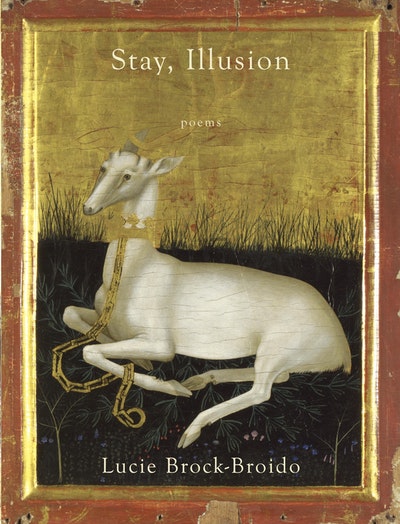 Stay, Illusion, the much-anticipated volume of poems by Lucie Brock-Broido, illuminates the broken but beautiful world she inhabits. Her poems are lit with magic and stark with truth: whether they speak from the imagined dwelling of her “Abandonarium,” or from habitats where animals are farmed and harmed “humanely,” or even from the surreal confines of death row, they find a voice like no other—dazzling, intimate, startling, heartbreaking.

Eddying between the theater of the lavish and the enigmatic, between the gaudy and the unadorned, Brock-Broido’s verse scours America for material to render unflinchingly the here and now. Grandeur devolves into a comic irony: “We have come to terms with our Self / Like a marmoset getting out of her Great Ape suit.” She dares the unexplained: “The wings were left ajar / At the altar where I’ve knelt all night, trembling, leaning, rough / As sugar raw, and sweet.” Each poem is a rebellious chain of words: “Be good, they said, and so too I was / Good until I was not.” Strange narratives, interior and exterior, make a world that is foreign and yet our own; like Dickinson, Brock-Broido constructs a spider-sibling, commanding the “silk spool of the recluse as she confects her eventual mythomania.” And why create the web? Because: “If it is written down, you can’t rescind it.”

Lucie Brock-Broido is the author of two previous collections of poetry, A Hunger and The Master Letters. She is Director of Poetry in the School of the Arts at Columbia University, and has taught previously at Harvard University, the Bennington Writing Seminars, and Princeton University. She has been the recipient of awards from the John Simon Guggenheim Foundation, the National Endowment for the Arts, and the American Academy of Arts and Letters. She lives in New York City and in Cambridge, Massachusetts. 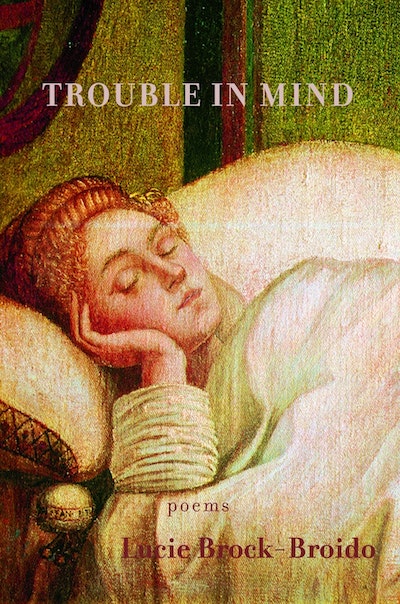