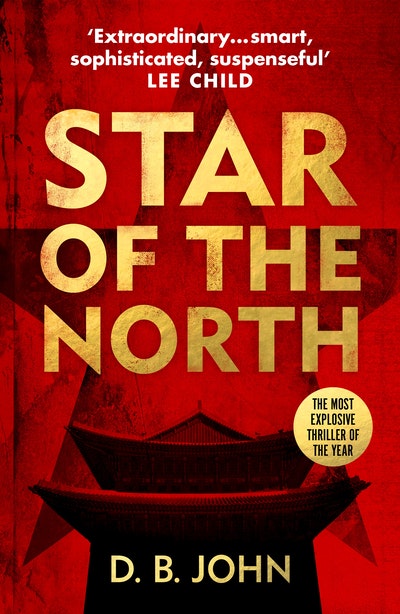 Star of the North

This is the most explosive thriller of the year - you won't be able to put it down.

'Extraordinary...smart, sophisticated, suspenseful - and important. If you try one new thing this year, make it Star of the North' LEE CHILD North Korea and the USA are on the brink of war. A young American woman disappears without trace from a South Korean island.

The CIA recruits her twin sister to uncover the truth.

Now, she must go undercover in the world’s most deadly state.

Only by infiltrating the dark heart of the terrifying regime will she be able to save her sister…and herself.

D. B. John has lived in South Korea and is one of the few Westerners to have visited North Korea. He co-authored The Girl With Seven Names, Hyeonseo Lee’s New York Times bestselling memoir about her escape from North Korea. 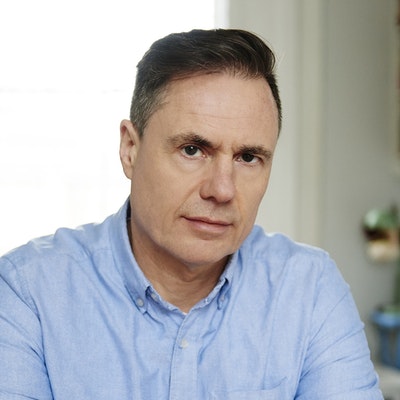 Praise for Star of the North

Extraordinary ... smart, sophisticated, suspenseful - and important. If you try one new thing this year, make it Star of the North.

A superior thriller…steeped in the intrigue, culture and family of a closed regime.

[Y]ou should read this forensic exposure of the horrors of [Kim Jong-un’s] regime in this Tom Clancy-style evocation of what life there is actually like… Fast-moving and compelling, it provides the perfect fictional backdrop to the summit diplomacy we are now witnessing.

[John] parlays his knowledge into a grim but incisive narrative…. This is a masterly evocation of life under the Kim Jong-il regime.

The country has long tried to hide the terrible realities of life under the Kim dynasty, but John’s new novel, a timely political thriller…strips them bare.

A thrilling tale of abduction and escape in North Korea...highly entertaining...Star of the North builds to a gripping climax.

John uses three memorable primary characters to tell a remarkable story about the most opaque country on Earth: North Korea … The lives of these people collide in a harrowing thriller that exposes an amazingly corrupt regime that embraces savage brutality and nearly every kind of lucrative criminal enterprise … a superior thriller.

Star of The North reads like a cross between Child-44 and I am Pilgrim and is every bit as good as both of them. Read this book and you will not only feel that you've been to North Korea you will also never, ever want to go there. Brutally realistic, fascinatingly detailed, it's a fantastic thriller whose fantasy is all the more powerful for being based on truth.

The timeliest thriller of 2018. An intricately constructed puzzle box of spies and tradecraft that plunges the reader on a cyanide-laced sprint through North Korea.

An outstanding thriller that brings to life the seldom-seen underbelly of North Korea ….those seeking a realistic, highly readable look at North Korea will be rewarded.

Original, cleverly plotted and easy to read...After a brilliant set up it’s action all the way to the...nail biting and powerful conclusion.

As gripping as it is shocking, this is an adrenaline-rush of a thriller that is also a devastating portrayal of a brutal regime. I couldn’t pull myself away.

Sabine Durrant, bestselling author of LIE WITH ME

Not only brilliantly plotted, with espionage, secrecy, and obsession, it’s a story about survivors, told by three complex and fully realised characters, each battling their own personal demons. John portrays the hardships of North Korea and its people with painful accuracy while never losing sight of their humanity. This one is definitely a star.

An exhilarating, tightly-plotted page-turner - and a very moving one, too. Full of characters who will capture your heart and have you staying up far too late to find out their fate.

Emily Koch, author of IF I DIE BEFORE I WAKE

A fascinating, disturbing insight into this secretive country

John tells his story with skill

John’s achievement is to embed these revelations in a vivid, convincing thriller. Long passages of undigested research are mercifully absent and it never feels like a mere pretext for an info-dump

‘[John] tells his exciting story well and is a fine writer of action scenes. But what really makes the book unmissable is its portrayal of everyday life for ordinary people in North Korea

It’s a good plot, greatly enriched by the portrait of the totalitarian society that John draws

A gripping novel of extraordinary insight… The fiction grips and the reality behind it bites – hard. A terrific and disturbing read

Guto Harri, The Tablet, **Books of the Year**