One Man’s Untold Story of Love, Life and Death

The beautifully illustrated, heartbreaking story of an innocent man in a Soviet gulag, told for the first time in English.

Shortlisted for the Pushkin House Russian Book Prize 2018The beautifully illustrated, heartbreaking story of an innocent man in a Soviet gulag, told for the first time in English.

One fateful day in 1934, a husband arranged to meet his wife under the colonnade of the Bolshoi theatre. As she waited for him in vain, he was only a few hundred metres away, in a cell in the notorious Lubyanka prison.

Less than a year before, Alexey Wangenheim - a celebrated meteorologist - had been hailed by Stalin as a national hero. But following his sudden arrest, he was exiled to a gulag, forced to spend his remaining years on an island in the frozen north, along with thousands of other political prisoners.

Stalin's Meteorologist is the thrilling and deeply moving account of an innocent man caught up in the brutality of Soviet paranoia. It's a timely reminder of the human consequences of political extremism.

Olivier Rolin was born in Paris, and is a critically acclaimed author and freelance writer. His books have won many prizes, including the Prix du Stylefor Stalin’s Meteorologist in 2014.He first visited Russia, then the USSR, in 1986. Since then, he has returned many times and has travelled widely throughout the country. 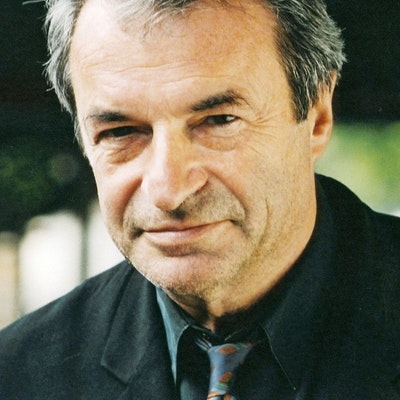 Rolin proves to be a comforting and companionable guide to a gruesome period of history. Although the past he takes us through is irredeemably bloodthirsty, he confidently leads us back to the present, a seeker of light in a world of uncompromising bleakness

Rolin's tone is lyrical and impressionistic rather than scholarly. He intersperses his own thoughts on Russian history, geography and culture… The overall effect is moving… Rolin's reconstruction of the meteorologist's last hours is masterful… The contribution of Rolin, with his English translator Ros Schwartz, is to bring this story to the non-Russian-speaking world and situate it as part of a broader meditation on the history of the Soviet tragedy. In that he has succeeded, producing an eloquent addition to a violent episode in the history of science in the twentieth century