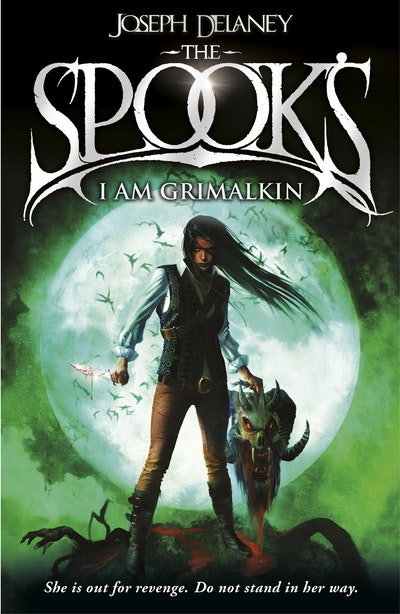 Spook's; I Am Grimalkin

The ninth chilling tale in the Wardstone Chronicles series. This story follows Grimalkin, the terrifying witch assassin. She is out for revenge, do not stand in her way . . .

I Am Grimalkin is the ninth book in Joseph Delaney's terrifying Wardstone Chronicles - over 3 million copies sold worldwide!

'I am Grimalkin, and I have already chosen those I will kill . . .'

Grimalkin has made it her lifetime ambition to destroy the Fiend. Having assisted the Spook and his apprentice in the binding of the Fiend, she is now on the run. And her mission is deadly. She has to keep the Fiend's severed head in her possession no matter who - or what - comes after it . . .