Lessons in Life and Politics

A landmark examination of political life by one of the most influential political figures of the past twenty years.

A life in and out of politics - from the despatch box to the stage on Strictly - by one of Britain's most influential and well-loved political figures.

'Full of anecdote, insight and authenticity' Evening Standard BOOKS OF THE YEAR

On the night of 7 May 2015, Ed Balls thought there was a chance he would wake up the next morning as the new Chancellor of the Exchequer. Instead, he woke up without a job.

Twenty-one years earlier he had left a promising career in journalism to work for Labour in opposition. Moving through the ranks, from adviser to Cabinet minister and on to Shadow Chancellor, he occupied a central and influential position in and out of power during a pivotal period in British history.

Speaking Out is a record of a life in politics, but also much more. It is about how power can be used for good, and the lessons to be learned when things go wrong. It is about the mechanics of Westminster, and of government. It is about facing up to your fears and misgivings, and tackling your limitations - on stages public and private.

It is about the mistakes made, change delivered and personalities encountered over the course of two decades at the frontline of British politics. It is a unique window into a rarely seen world. Most importantly, it sets out what politics is about, and why it matters.

Ed Balls is a former MP, Cabinet Minister and Treasury Chief Economic Adviser. He is a Senior Fellow at Harvard University Kennedy School’s Mossavar-Rahmani Center, Visiting Professor to the Policy Institute at King’s College London, and Chairman of Norwich City FC. He is also a dad, cook, pianist, dancer and economist. 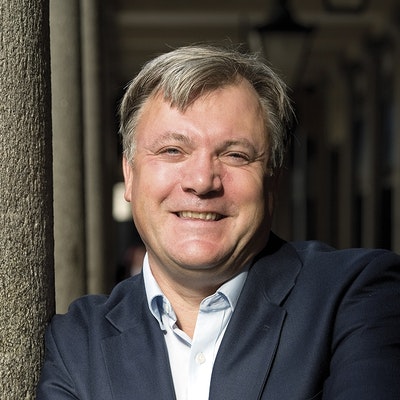 Praise for Speaking Out

In a year rich in political memoirs, Speaking Out by Ed Balls is my pick of the bunch, full of anecdote, insight and authenticity’

An engaging, highly readable and on occasion moving portrayal of life in the Westminster madhouse.

The i, BEST POLITICAL BOOK OF THE YEAR

[U]nusually expansive on the emotional aspects of politicians’ relationship with the voters, it feels somehow timely.

Guardian, BOOKS OF THE YEAR

A Christmas cracker of a book

Tablet, BOOKS OF THE YEAR

An easy-going, sharp-eyed guide to the world of politics: its madnesses, its triumphs, its disappointments. A book which is insightful, funny and, at key moments, unexpectedly moving.

Witty, reflective and engaging Ed Balls peels back the politicians' thick skin (and smashes their protective shell) to reveal that underneath lie real-life human beings.

If you want to know why people go into politics and, despite all the ups and downs, do everything to stay there, I’d recommend Ed Balls' honest and revealing autobiography.

Speaking Out is an enjoyable read... the essays stand alone as little gems of insight and reflection. The book illuminates someone who makes generous and nuanced judgements of foes as well as friends and tries hard to understand the motives of people who have crossed him. Passionate and telling... Balls is very clear that his defeat in his constituency in 2015 was a prelude to a funeral and a life outside politics. I suspect that the funeral was a prelude to a resurrection. This book will help him rise from the dead.

Intriguing... compelling and affecting... has the poignant ring of truth.

Personal and moving... I enjoyed reading it. It's pretty candid, full of amusing anecdotes and makes for a breezy canter through the last 20 years of British politics... original and effective.

A fascinating, heartfelt and first-hand account of the brutality of British politics on the frontline. When Game of Thrones meets the Palace of Westminster, not even the strongest can survive.

Balls tells his story with warmth, and spares us the self-justification of many political memoirs.

I have read Ed Balls’s book, which I thought was superb.

The best political book I’ve read this year… if you are at all interest in the body politic, you should read it. I can almost guarantee you will both enjoy it and learn from it. It’s a book which should be read not only by current cabinet ministers, but everyone involved in politics at whatever level. I can’t recommend it too highly.

One of the best political memoirs of recent years, one that’s funny, insightful and self-deprecating.