The definitive portrait of one of the twentieth century's most towering figures: her writing and her radical thought, her public activism and her private face

Susan Sontag was our last great literary star. Her brilliant, serious mind combined with her striking image, her rigorous intellectualism and her ground-breaking inquiries into what was then seen as 'low culture' - celebrity, photographs, camp - propelled her into her own unique, inimitable category and made her famous the world over, emblematic of twentieth-century New York literary glamour.

Sontag is the first biography based on exclusive access to her restricted personal archives and on hundreds of interviews conducted with many people around the world who spoke freely for the first time about Susan Sontag, including Annie Leibovitz. It is a definitive portrait of an endlessly complex, dazzling woman; one of the twentieth century's greatest thinkers, who lived one of its most fascinating lives. 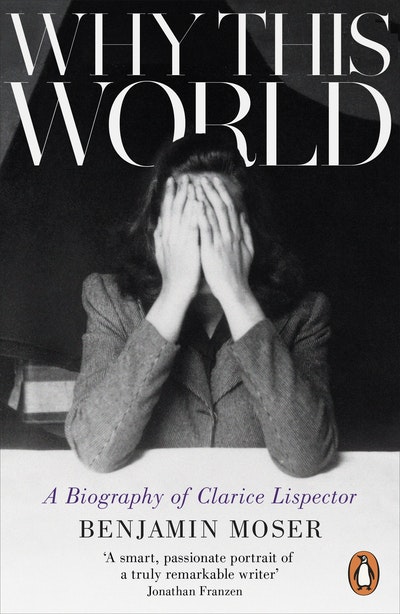 Moser intelligently brings together both public and private, onstage and off-. His scrutiny of her essays, fiction, films, and political activism is clear-eyed, his analysis of her tumultuous affective life sympathetic... Sontag offers a thoroughly researched chronicle of an unparalleled American figure and the institutions tied to her... deft and sometimes dishy

Moser does rather a brilliant job...we have Sontag as daughter, friend, lover, wife and mother, but Moser's writing is appropriately bold and anecdotal, so there is less the feeling of years accrued than of selves tried out. He's an essayist, taking on an essayist, and his best passages are biographical readings of her writing. His assessment of her novels is punchy and insightful...this biography keeps her defiantly alive: argumentative, wilful, often right, always interesting, encouraging us to up our game as we watch her at the top of hers

Moser is good at elucidating Sontag's ideas and putting into context the fecundity of her thought. He discusses her "Olympian" sex life with sympathy and insight - her galaxy of lovers included Bobby Kennedy, Jasper Johns, Warren Beatty and Annie Leibovitz - and is unbiased when it comes to evaluating her writing

There can be no doubting the brilliance - the sheer explanatory vigour - of Moser's biography... a triumph of the virtues of seriousness and truth-telling that Susan Sontag espoused again and again but was conspicuously and often quite consciously unable to force herself to live by.

Moser has had the confidence and erudition to bring all of [Sontag's] contradictory aspects together in a biography fully commensurate with the scale of his subject. He is...a gifted, compassionate writer.

sensational...provides an indelible portrait of a personality, a career and various milieu

evocative and entertaining...Moser renders Sontag's ascent to intellectual stardom as a rich and often rollicking affair

The Best Books of 2019, Oprah Magazine

An exhausting biography about an exhausting woman that will keep you up nights greedily reading all 800 pages until you pass out exhausted yourself - exhilarated and amazed at this difficult, brilliant but clueless writer's life.