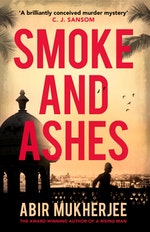 India, 1921. Captain Sam Wyndham is battling a serious addiction to opium that he must keep secret from his superiors in the Calcutta police force.

But Wyndham finds himself in a tight spot when he stumbles across a corpse in an opium den. When he then comes across a second body bearing the same injuries, Wyndham is convinced that there's a deranged killer on the loose.

However, revealing his presence in the opium den could cost him his career.

As Wyndham and Sergeant 'Surrender-not' Banerjee set out to solve the two murders, Wyndham must tread carefully, keeping his personal demons secret, before someone else turns up dead...

If you enjoyed Smoke and Ashes, look out for the fourth Sam Wyndham mystery, Death in the East in November 2019

Abir Mukherjee grew up in the west of Scotland. At the age of fifteen, his best friend made him read Gorky Park and he’s been a fan of crime fiction ever since. The child of immigrants from India, A Rising Man, his debut novel, was inspired by a desire to learn more about a crucial period in Anglo-Indian history that seems to have been almost forgotten. A Rising Man won the Harvill Secker/Daily Telegraph crime writing competition and became the first in a series starring Captain Sam Wyndham and ‘Surrender-not’ Banerjee. It went on to win the CWA Historical Dagger and was shortlisted for the Theakstons Old Peculier Crime Novel of the Year award. Abir lives in London with his wife and two sons. 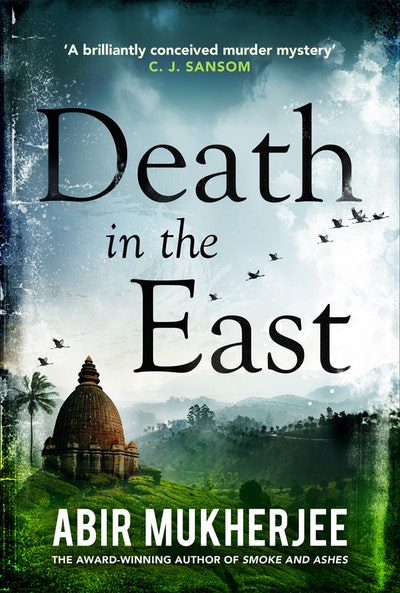 Praise for Smoke and Ashes

“Well-researched and vivid in detail… [Smoke and Ashes] delights from the first page until the last. Simply superb”

“Mukherjee weaves crime and history together with great skill”

“[A] fine series of crime novels… tightly plotted portraits of British rule in India, exposing the prejudices shared even by decent employees of the Raj”

“Mukherjee, who only gets better and better with each book, has established himself as a leading historical mystery writer”

“Abir Mukherjee had already proved himself a wonderful historical crime writer with his excellent first two novels. Smoke and Ashes is just as good, perhaps even better – and that’s saying something – a writer at the top of his game, as talented as the very best in the genre. The cauldron of 1920s Calcutta is described so superbly that every twist and turn wrenches your guts. Laid on top of this fabulously atmospheric background is a page-turning thriller which pits emerging South Asian nationalism against the ailing Raj. I can’t wait for the next instalment.”

“A thrilling mystery and a captivating journey”