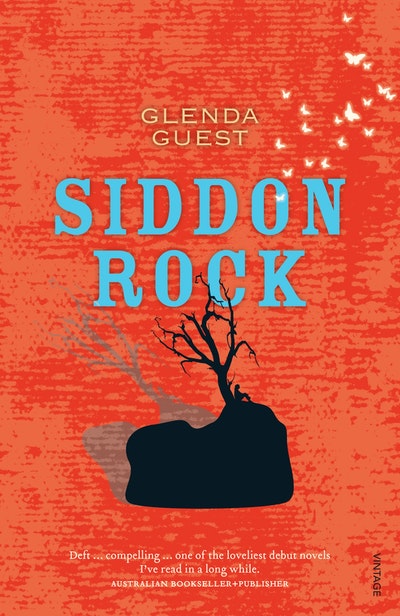 Winner of the 2010 Commonwealth Writers’ Prize Best First Book and longlisted for the Miles Franklin Award.

Winner of the 2010 Commonwealth Writers’ Prize Best First Book and longlisted for the Miles Franklin Award.

'When Macha Connor came home from the war she walked into town as naked as the day she was born, except for well-worn and shining boots, a dusty slouch hat, and the .303 rifle she held across her waist.'

Macha patrols Siddon Rock by night, watching over the town's inhabitants: Brigid, Granna, and all of the Aberline clan; Alistair in Meakin's Haberdashery, with his fine sense of style; Sybil, scrubbing away at the bloodstains in her father's butcher shop; Reverend Siggy, afraid of the outback landscape and the district's magical saltpans; silent Nell with her wild dogs; publican Marg, always accompanied by a cloud of blue; and the new barman, Kelpie Crush.

It is only when refugee Catalin Morgenstern and her young son Josis arrive in town that Macha realises there is nothing she can do to keep the townspeople safe.

Glenda Guest grew up in the wheatbelt of Western Australia, and that landscape still influences her writing. Since leaving the west, she has lived in cities and country towns in Victoria, New South Wales, the Australian Capital Territory and south-east Queensland. She is currently living in the Blue Mountains, New South Wales.

Glenda has had stories and poetry published in various anthologies and journals. Chapters from the novel Siddon Rock have been published in the journal Coastlines Cultural Magazine, which is a joint Australian-Indonesian venture; and the online magazine Spiny Babbler. She has had support from artsACT, the arts support organisation of the Australian Capital Territory, for time-out at Varuna Writers’ House in Katoomba, where the first draft of the novel was written. Glenda works as a freelance editor and writer, and teaches occasionally at Macquarie and Griffith Gold Coast universities. 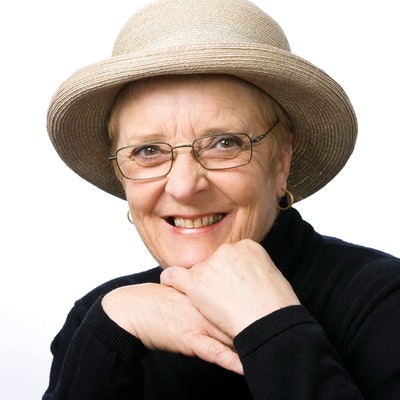 From Victorian England to post-WWII Australia, this story of a family and community presents in detail the landscape and inhabitants of a small Australian town. The main protagonists are women whose entrance into the communal consciousness causes eddies of disturbance in the status quo. Important to the tale as they are, Macha, four generations removed from the town’s sort-of founder (read and find out), and Catalin—one a returnee from WWII, the other a refugee from Berlin—are but two of a carefully developed cast of characters. Described with lyricism and texture, the land they live on is another potent character, an impartial force that supports and imposes boundaries on the inhabitants. The structure is complex and presents the past as embedded in and exposing the present. Suspense in the narrative leads to a tragedy and a harsh but believable resolution. Elements of magic realism, ironic humor, and impressive character development also distinguish this 2010 winner of the Commonwealth Prize for best first novel, which should impress fans of authors as diverse as Isabel Allende, Haruki Murakami, and Zadie Smith.

The Commonwealth Writers Prize judges praised Siddon Rock for its rich cast of odd characters and blending of the everyday with fantasy. Behind every door in town lurk secret desires and wild imaginings. The novel, they concluded, deftly delves into the hauntings and disjunctions of settler Australia, and in its fable-like quality captures the laconic mannerisms of the Australian outback. The book shows how magic, fantasy and creativity can burst out in the most apparently mundane of lives and places. Author Glenda Guest ... creates a world of displaced characters who exist in a land governed not by the constraints of war but by the freedom of magical realism. With a cast that evokes the eccentrics of Under Milkwood, Guest unveils a complex story that taps into five generations with great fluency. When reduced to a precis, Siddon Rock may sound like a story of unmitigated darkness as it explores damaged souls and barren lands but that belies a deep vein of humour throughout. And unadorned elegance. Guest creates an omniscient voice which is so compelling and confident that readers may begin to fear where they might blindly follow, but this story is in trustworthy hands. Here is a writer whose talent is as magical as her genre.

There's something of a tradition of women writers producing their first novels late in life and then having significant success. Think Elizabeth Jolley or Mary Wesley. Alongside those redoubtable novelists you might now want to add the name of Glenda Guest.

The fable-like quality of this story captures the laconic mannerisms of Australian rural life and gestures to the styles of the tall tale and bush yarn. In Siddon Rock we revisit the myth of the white child lost in the bush with chilling freshness.

Guest says she wanted to write a story with a strong sense of place, and she has. The terrain is breathtakingly spare and tough and stunning. She has adopted a fantastical approach to storytelling with hints of magic realism – which manages to be both daring and just right in Outback Australia. This is a story that delights and shocks with its spiritual energy and refreshingly original voice.

With sprinklings of magic realism and a deft hand for compelling characters, Glenda Guest has created one of the loveliest debut novels I’ve read in a long while. Many of the residents of the small, isolated town of Siddon Rock have washed up there with complicated lives behind them-or are descended from those with complex stories. They are seeking refuge from the wider, wilder world and finding some sort of peace and/or shelter in the town’s isolation. Over the course of the book a return, an arrival, and a sudden departure mark the points on which the narrative hinges, drawing you into the ways in which each of the townsfolk deal with the rumples in their lives. If I have one critique, it is that the character development sometimes comes at the expense of the narrative. Everyone in the town-and there seem to be surprisingly many of them-is so completely drawn that each individual’s tangent is fascinating enough to form the basis of the book itself. But that is a minor point really, for readers of contemporary Australian fiction, this is a terrific addition to the list and should be widely read and enjoyed.