Seraph of the End: Guren Ichinose, Resurrection at Nineteen, volume 2

From the popular Seraph of the End series comes the latest prequel of the light novels!

Three years after the events of Seraph of the End: Catastrophe at Sixteen...

Guren Ichinose has sinned. He broke the taboo on human resurrection.
He tried to bring back his fallen friends and family with the Seraph of the End experiment. Now humanity once again faces destruction.
The only survivors are demons and children. With the human population less than a tenth of what it was, monsters multiply across the earth and vampires hunt humans as prey. But the humans that remain cling on to the hope that the world will be restored.
Keeping the knowledge of his crime to himself, Guren Ichinose must take a step forward once more. 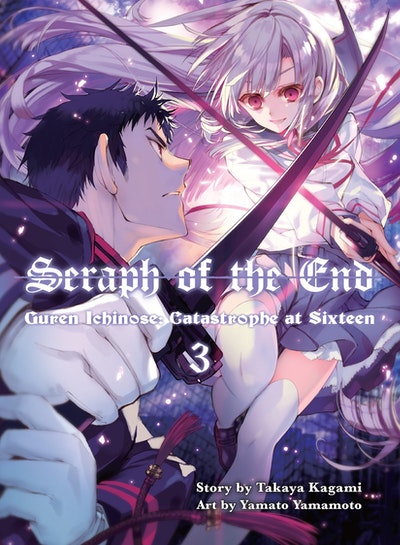