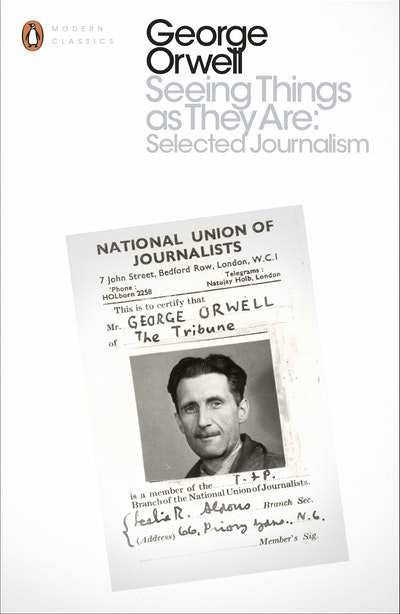 An enlightening anthology of George Orwell's journalism and non-fiction writing

Seeing Things As They Are, compiled by renowned Orwell scholar Peter Davison, brings together in one volume many of Orwell's articles and essays for journals and newspapers, his broadcasts for the BBC, and his book, theatre and film reviews. Whether political, poetic, polemic or personal, this is surprising, witty and intelligent writing to delight in.