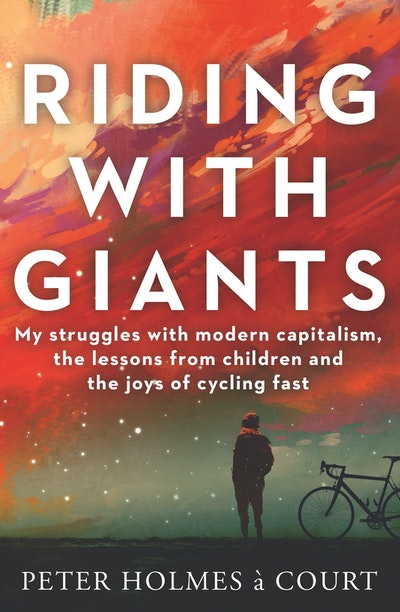 A story about the nature of work, the science of bicycles and the wisdom of children.

International businessman Peter Holmes à Court left the executive world and found himself living deep in rural France with only his seven-year-old twin girls for company.
Peter was struggling as a single father in a foreign country - unsettled by the sudden move away from a traditional job, and completely baffled by the society around him. His only plan: to ride L'Etape du Tour, the challenging amateur leg of the Tour de France. In an effort to find some new friends in the community - and a bike for the race - he discovered the region's small bicycle factory.
He was soon spending his days there: photographing his custom bike being built, meeting the locals, and learning about the rich traditions of artisan craftsmanship. Trying to enjoy the simple things and become a better father, Peter slowed down, and started to reflect seriously on history, industry and the structure of our modern economy. He and his daughters finally began to put down roots and understand the beauty and calm of a small-scale existence – and a very different approach to excellence and the well-lived life.
This is one man's compelling, informative and funny story about the wisdom of children, the nature of work today, and the science of bicycles.

Peter had a 20-year career as an executive and company director, running companies in the US, UK and Australia before, in 2011, making a move to become a writer.
As the founder of Back Row Productions he produced artists in 30 countries, from Tap Dogs in China, Eddie Izzard in New York, to Jerry Seinfeld in London. As CEO of the Australian Agricultural Company he ran what is today the largest cattle company in the world. As Executive Chairman of the South Sydney Rabbitohs rugby league team he and partner Russell Crowe turned-around one of the most loved football clubs in Australia, taking it from bottom of the league to winning the premiership in 2014. And as Chairman of Brand Sydney he got to market a city that, frankly, sells itself.
As a non-Executive Director, he sat on the boards of the Barangaroo Delivery Authority, Queensland Rail, Australia's largest rail company, Queensland Performing Arts Trust, Stoll Moss Theatres of London and various not-for-profits.
As a writer he has been a media leader at the World Economic Forum's annual meeting in Davos since 2012, and his articles and images have appeared in numerous publications including The Guardian, The World Post, The Australian, Huffington Post, Financial Review and The Sydney Morning Herald.
Peter is married to photographer Alissa Everett, and they live in Nairobi Kenya with a couple of dogs and a couple of Land Rovers. Together they write and photograph on humanitarian and climate issues and safari as often as they can.
Recent work has given him the opportunity to interview ISIS survivors in Iraq, Syrian refugees in Greece, follow South Sudanese families fleeing across the border into Uganda, cyclone survivors in Mozambique, and inspiring refugee entrepreneurs in Kenya’s Kakuma Refugee settlement.
Peter read law at Oxford University and received his BA in economics at Middlebury College, Vermont. 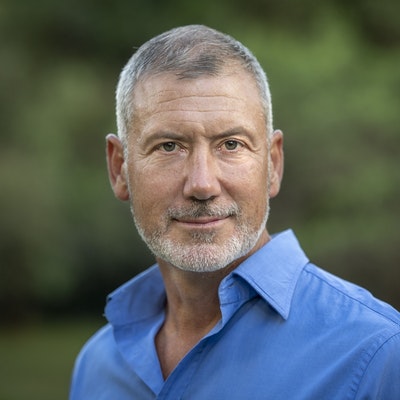 Praise for Riding With Giants

Riding with Giants is a book that refuses to fit a genre. It is about a beautifully-observed journey through France, but it is not a travelogue. It is about personal growth, but doesn’t pretend to preach ‘self-improvement’. It is very funny (at times painfully so), but nobody would ever classify it as ‘comedy’. And while it is gorgeously written, it somehow doesn’t sit comfortably on that pompous shelf marked ‘literature’. But if it is an honest account of one man’s transformation from uptight, entitled entrepreneur to human being, and that’s as easy to read as eating good comté cheese, this is your book.

Peter's never been predictable; nor is his book. An emotional and unconventional memoir mixing business and family with energising questions about capitalism, modern life and what we should truly value. And there's quite a bit about artisan bikes.

Peter writes from an historically unique and sociologically fascinating position. Somehow he combines this with perceptiveness and a surprising writing talent. I feel it was pretty much his human duty to write a memoir. I am so glad he did.

When his marriage imploded, Holmes a Court headed into the middle of Nowheresville, France, his pre-teen twin daughters in tow, with the tripartite goal of learning a language, riding in a race, and writing a book. He succeeded at the first two, but failed to write the book he’d intended. Thank God for that, because the book he did write is an honest, touching, hilarious, and sneakily profound story of how a man realized what he really believed, what really mattered to him, and who he really was.

Duff McDonald,, Author, The Firm: The Inside Story of McKinsey, and The Golden Passport: Harvard Business School, the Limits of Capitalism, and the Moral Failure of the MBA Elite

Peter Holmes à Court has written a lyrical book full of passion, intensity and intelligence that teaches the ultimate life lesson: it’s all about the journey and those who ride it with you. The most original business book – and parenting manual – that you’ll read this year.

Roman Krznaric, Author, Carpe Diem Regained; Empathy: Why it matters, and how to get it; How to find fulfilling work

Honest, funny and thoughtfully-observational, Peter’s story makes us think hard about what we value as a society and why. In short, it’s the getting of wisdom by getting a bike.

Not quite Zen and the Art of Motorcycle Maintenance, it's nevertheless a book of wisdom within which lessons gleaned from one aspect of life are eminently transferable to another - including business. Th (and photographs) in the book.ere are many beautiful, telling passages

After his marriage collapsed Peter Holmes a Court fetched up in 2011 with his twin daughters in a tiny village in the Loire valley, where his mother owned a house. It was winter, he’d quit his job and the girls were asking, ‘‘Why are we here?’’ In part it was for him to write a book about business, but as his life changed – enrolling the girls at school, discovering a factory to craft his personalised bike, and immersing himself regionalism as opposed to globalism – so did the book. The result is part memoir, part meditation on capitalism, part biography and a rich mixture of the personal and reflective, the informing metaphor being bike riding (he rode the amateur leg of the Tour de France) – falling off, getting up, falling off … There’s a vivid sense of having entered a life-changing year: the book, in unexpected ways, answering his daughters’ question.