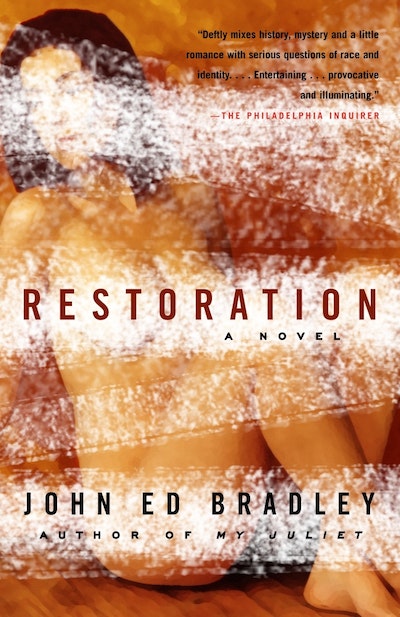 A missing painting by a legendary suicide provides the key to John Ed Bradley’s mesmerizing novel of New Orleans–a city where art, sex, and race link the city’s decadent past with its decaying present.

The mysterious Levette Asmore was a legend in New Orleans even before he apparently threw himself off the Huey P. Long Bridge in 1941 at the height of his creative powers. Widely regarded as the finest and most original painter ever produced by the American South, Asmore won fame for a series of portraits depicting beautiful young women with whom he was rumored to be sexually involved. And while a certain promiscuity was long tolerated in the old, benighted city, there was no hiding Asmore’s secret past in the dark heart of Depression-era Louisiana. When a newspaper reported that the WPA mural he was painting laid waste to sexual taboos and the prevailing racial order, Asmore was ordered to whitewash the masterpiece before the public was allowed to see it. Weeks after doing so, he was dead.

New Orleans, present day. A young journalist named Jack Charbonnet and the woman he desperately wants, painting restorer Rhys Goudeau, discover that Asmore might not have destroyed his infamous mural after all. If they can find the painting and restore its damaged surface, it promises to answer the riddle of Asmore’s violent death and reveal the reasons for his tortured life. The mural also will be worth millions–more than any other art object ever created by an artist from the region. But to save the painting Goudeau and Charbonnet must outmaneuver their rapaciously greedy rivals in the small but wealthy world of Southern art collectors.

What starts as a comic novel of manners quickly deepens to one of tragic consequence as Charbonnet begins to realize that the Asmore mural–and the frantic hunt for it–are not just about reclaiming a valuable work of art. Rather, the painting represents the murky and troubled history of the South itself, where a legacy of racial intolerance has destroyed its greatest artist as well as his most important creation.

Novelist John Ed Bradley, himself a passionate collector of Southern regionalist paintings, uses his insider knowledge and years of research to create a masterful portrait of the city where he lives and its obsession with the past. In the story of the doomed Asmore, Bradley has written of a time in the South when painting had little to do with decoration and an artist courted death with every stroke of the brush.

JOHN ED BRADLEY is the author of several highly praised novels, including Tupelo Nights and My Juliet. A former staff writer for the Washington Post, Bradley has contributed e feature stories to Sports Illustrated, Esquire, and GQ. He lives at historic Coliseum Square in New Orleans’ Lower Garden District.