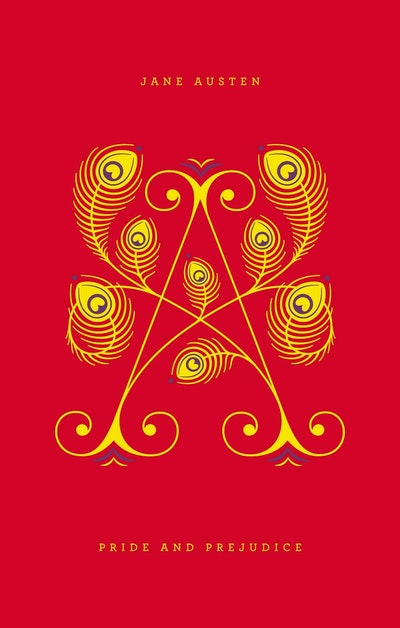 From A to Z, the Penguin Drop Caps series collects 26 unique hardcovers—featuring cover art by type superstar Jessica Hische.A is for Austen

It all begins with a letter. Fall in love with Penguin Drop Caps, a new series of twenty-six collectable hardcover editions, each with a type cover showcasing a gorgeously illustrated letter of the alphabet. Art-directed by Paul Buckley, the series features unique art by Jessica Hische, a superstar in the world of type design and illustration, whose work has appeared everywhere from Tiffany & Co. to a Wes Anderson film to Penguin's own bestsellers Committed and Rules of Civility. With exclusive designs that have never before appeared on Hische's hugely popular Daily Drop Cap blog, Penguin Drop Caps debut with an 'A' for Jane Austen's Pride and Prejudice, a 'B' for Charlotte Brontë's Jane Eyre, and a 'C' for Willa Cather's My Ántonia.

A is for Austen. Few have failed to be charmed by the witty and independent spirit of Elizabeth Bennet in Austen's beloved classic Pride and Prejudice. Elizabeth's early determination to dislike Mr. Darcy is a prejudice only matched by the folly of his arrogant pride. Their first impressions give way to true feelings in a comedy profoundly concerned with happiness and how it might be achieved.